Plants vs. Zombies Wiki
Register
Don't have an account?
Sign In
Advertisement
in: China exclusive, Under construction, Pages that need strategies,
and 9 more

Pirate Seas
Torch Juggler Zombie was a zombie in Plants vs. Zombies Online that was introduced in Pirate Seas. Despite having torches, their torches would not destroy plants instantly upon contact. Instead, they would throw their torches randomly at any tile on their lane. The tile would be lit with fire which slowly damaged any plant on that tile at the time the fire still remained.

A Torch Juggler Zombie in Ancient Egypt (Endless mode only) 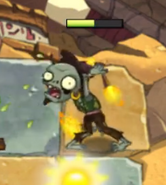 A Torch Juggler Zombie about to throw his torch 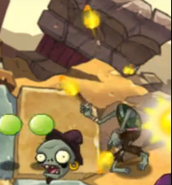 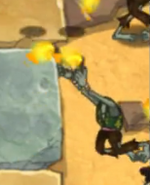 A Torch Juggler Zombie about to die

The fire created by his torch