Plants vs. Zombies Wiki
Register
Don't have an account?
Sign In
in: Night, Night levels, Levels,
and 12 more

Its name is a reference to the term "one-hit wonder". The number three comes from the amount of hits an Imp can take in this game mode.

Use Bungee Zombies to steal the Magnet-shrooms (unless there is a Squash next to them). Use Ladder Zombie to place ladders on top of the Wall-nuts. A Ladder and Digger Zombie combo is useful if a Magnet-shroom is behind a Wall-nut. Use Imps to get rid of Squash or Potato Mines, as it should not be primarily used to deal with attacking plants, due to it having three health points. Use Conehead Zombies and Buckethead Zombies for everything else.

The positions of the plants may be tricky at times, so there is no definite strategy. However, if you have a lane of Sunflowers (with Wall-nuts or Magnet-shrooms) and no Peashooters, Squashes, or Potato Mines, that is the easiest lane; one Imp will be able to clear such a lane. Use Imps to clear the instant kills as well. This will significantly clear the lane. Remember that while Digger Zombie is digging, it can be killed by a Potato Mine underground, thus wasting 125 sun. Keep in mind that eight Peashooters, eight Sunflowers, three Wall-nuts, two Potato Mines, two Squashes, and two Magnet-shrooms appear in this level.

A very rare occurrence where there's a whole lane of only Sunflowers; the player will have a very easy time beating the level 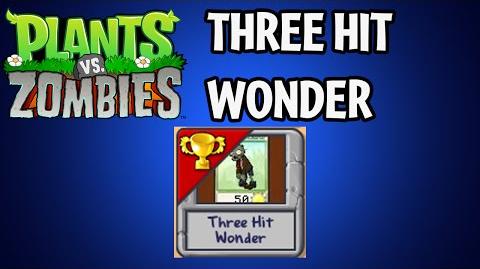 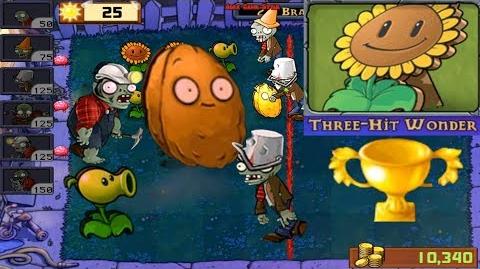