The first part of the level is rather simple. The boss then appears which will act as an extremely tough zombie that can transform into a variety of zombies that have abilities similar to Screen Door Zombie, Dancing Zombie and Football Zombie, which the player should know how to easily counter. 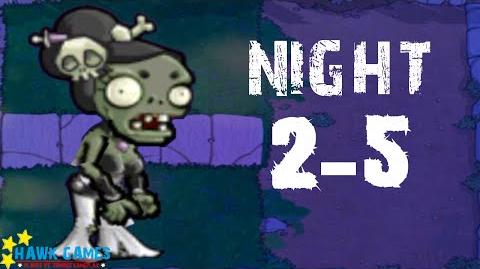 Plants vs. Zombies Journey To The West - Three fight with Skeleton Demon 2-5 BOSS
Add a photo to this gallery

Retrieved from "https://plantsvszombies.fandom.com/wiki/Three_Fights_With_Skeleton_Demon_2-5?oldid=2180911"
Community content is available under CC-BY-SA unless otherwise noted.