Conjure two Superpowers.
Only the best and the brainiest University Zombies graduate to using full-fledged Superpowers.
Thinking Cap is an event zombie card in Plants vs. Zombies Heroes and a member of the

to play, and its ability Conjures two superpowers, including signature superpowers.

It is based on a brain, featured multiple other times in the Plants vs. Zombies franchise, an organ that serves as the center of the nervous system in all vertebrate and most invertebrate animals.

Its name is a pun on the phrase, "Put on your thinking cap," which means to think seriously about something in order to solve a problem.

Its description references its class and the ability to Conjure superpowers.

Only the best and the brainiest University Zombies graduate to using full-fledged Superpowers.

While Thinking Cap is expensive, it will provide two superpowers, which can be very helpful if the player requires many cheap tricks to deal with the situation. It can be regarded as a card similar to Triplication, costing the same, but Conjuring two superpowers instead of three different zombie cards. Compared to Quasar Wizard, this card is more expensive but more convenient in terms of getting superpowers, as Quasar Wizard's ability is restricted in terms of his placement as well as it not being as bountiful when activated. It can also increase your chances of drawing signature superpowers that could change the game like Eureka or Terror-Former 10,000.

Take note that there are no limitations on what superpowers you can Conjure, and how many of each. This means that you have a chance of Conjuring a signature superpower, or on rarer occasions, two of the same superpower.

This is very well suited to use with Trickster and other zombies that benefit from using tricks, such as Paparazzi Zombie. As this trick gives you two more tricks, it can give Paparazzi Zombie a maximum of +3

, as well as reduce Trickster's cost by 3

. This is more welcome due to the fact that all superpowers cost 1

, making them easier to be played than many other tricks.

If you are playing as Super Brainz or Huge-Gigantacus, having Dr. Spacetime on the field and then playing this card allows you to draw two superpowers that are free to play without brains. Rustbolt can play Zombology Teacher, which is another good pair with this trick, as she will reduce Thinking Cap's cost by 1

, as well as make the superpowers Conjured free if she is still on the field. If a

Crazy hero gets this trick via Unexpected Gifts, they can also draw cards if they get lucky.

This card also can be used effectively with Dino-Roar cards such as Tankylosaurus or Mondo Bronto, as it will activate their abilities twice.

You can not do anything to stop this trick. Once this is played, beware, as the zombie hero will have gained two possibly dangerous tricks, such as Super Stench or Carried Away. If the zombie hero saves up a large number of brains (5 or more), it is possible that he or she is trying to save for Thinking Cap, as well as the superpowers it Conjures.

Do be careful against Super Brainz, Huge-Gigantacus and Rustbolt, as they have access to Dr. Spacetime and Zombology Teacher. 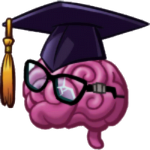 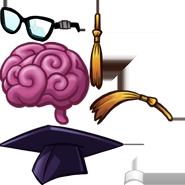 Thinking Cap being the featured card on the menu for the August 22nd, 2017 Daily Challenge

Thinking Cap being the featured card on the menu for the August 26th, 2017 Daily Challenge

A notification about the Thinking Cap Bundle being removed soon

Thinking Cap being the featured card on the menu for the September 7th, 2017 Daily Challenge

Thinking Cap on the advertisement for the Weekly Events

Being played (animated)
Community content is available under CC-BY-SA unless otherwise noted.
Advertisement