are a gang of bacteria that live inside zombies' mouths. They are also the singers of Stop Zombie Mouth!

D.K.: Digs up teeth and crushes them.

Plak: Is the yellow gunk on your teeth that all dentists fear.

P.U.: Cranks up the stench in zombies' mouths. 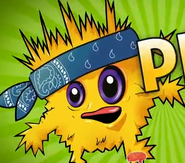 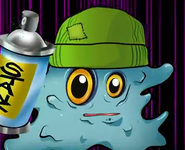 P.U.
Add a photo to this gallery

Retrieved from "https://plantsvszombies.fandom.com/wiki/The_Putrid_Posse?oldid=1458109"
Community content is available under CC-BY-SA unless otherwise noted.