Not to be confused with Tennis Champ, a zombie in Plants vs. Zombies Heroes.

Rare
Tennis Star is a Rare variant of the All-Star in Plants vs. Zombies: Garden Warfare 2. Being one of the first new variants seen in the E3 trailer, Tennis Star's name and gameplay mechanics were revealed in a video on the Plants vs. Zombies Facebook and Twitter page on November 26, 2015. The Tennis Star will slow down by 25% while firing. Tennis Star also has the fastest speed of any All-Star variant.

"Tennis Star is a prodigy of sorts. As a young Zombie, he witnessed Dr. Zomboss lose a fight with a tennis ball machine, and he knew he had to harness such immense and hilarious power for himself. Now he wanders the land, shooting tennis balls at everything he sees, quietly giggling under his breath."

Due to his strict training regimen, the Tennis Star moves faster than all other All-Stars!

The Tennis Star's main perk is that he has the fastest speed of any All-Star variant, and also does not slow down as much when shooting or zooming in, unlike the other All-Star variants.

The primary weapon of the Tennis Star is the Double Fault Assault. It deals less damage than the regular All-Star's weapon and possibly overheats slightly quicker in exchange for the Tennis Star's faster speed.

The Tennis Star is the fastest variant of the All-Star, making the Tennis Star extremely useful for quickly rushing into gardens or getting to objectives quicker. Combining his speed with his high health makes him a large threat for plants as he can survive long in a battle and can easily make a quick escape. It can also be easier to shoot from afar as Tennis Star does not slow down when he shoots, meaning Tennis Star can shoot and evade danger at the same time. However, his quick movement speed while shooting may make it harder to hit plants for some players. Try to move in one direction at a time while shooting, rather than zigzagging. This may help with aiming while in motion.

This fast-moving variant is a dangerously hard-hitting opponent to deal with. Try to use the Chomper's Burrow, or a Cactus variant at long range to vanquish him without getting vanquished by his fast-firing weapon. 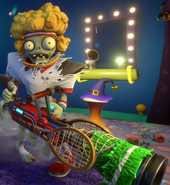 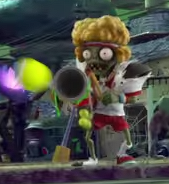 Appearance in the E3 trailer 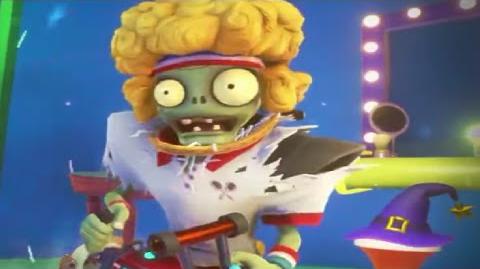 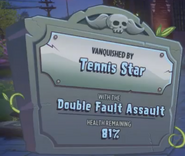 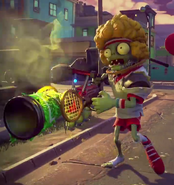 Tennis Star attacking
Add a photo to this gallery

Retrieved from "https://plantsvszombies.fandom.com/wiki/Tennis_Star?oldid=2348971"
Community content is available under CC-BY-SA unless otherwise noted.