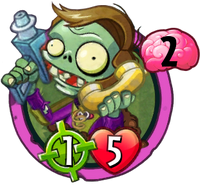 You can play Zombies when it's time for Tricks.
The phone cord stretches to another dimension.

Teleportation Zombie is a galactic legendary zombie card in Plants vs. Zombies Heroes and a member of the

Bullseye traits, and its ability allows zombies to be played during the Zombie Tricks phase as if the player has already played Teleport. However, unlike Teleport, there is no limit on how many can be played. This ability persists until all Teleportation Zombies are removed from the field.

The phone cord stretches to another dimension.

This card looks similar to Template:PvZH Link, both costing the same, and having identical statistics and

Bullseye. However, aside from its Gravestone trait, which is a relatively minor perk, its true power comes from it acting as a permanent Teleport as long as it remains on the field. This zombie can be used to sneak in other zombies right before the Fight! phase and make it extremely hard for the plant hero to counter them, and since it has a high amount of health, you can play zombies during the tricks phase for the next few turns. Also, because it is not a trick unlike Teleport, you can use it without being penalized by Dark Matter Dragonfruit, Black-Eyed Pea, or Sportacus.

Since it is a science zombie, it can have good synergy with any science card like Gadget Scientist. You can even play Gadget Scientist in the Zombie Tricks phase with other science zombies so you can at least clear up the field full of plants thanks to this zombie in addition to avoiding the plant hero's threats.

Since it is also a Gravestone card, Template:PvZH Link and Huge-Gigantacus have some very good ways of supporting it, such as using Headstone Carver to boost him greatly. Regardless if you are playing as them or not, you can even play Gravestone zombies to block attacks from powerful plants before the Fight! phase.

It can be risky to wait for tricks before playing zombies, however. If your opponent destroys Teleportation Zombie with tricks like Template:PvZHLink or Bounces it with Template:PvZHLink, there will be no opportunity to play any zombies unless you play Teleport and then a zombie. This is especially against

Smarty heroes, as not only can they Bounce Teleportation Zombie, they could also play Brainana, the latter making it so that neither zombies nor tricks can be played during the Zombie Tricks phase. As such, in the later turns, it may be better to play zombie fighters immediately during the Zombies Play phase.

Since it has the Gravestone trait, the best way to deal with this is Template:PvZHLink. Grave Mistake can be used to delay it, but ultimately leaves it to be played again.

If it has already been revealed, an instant-kill trick like Whack-a-Zombie, Template:PvZHLink, or a plant with 5 or more strength should do the job. You will want to destroy this zombie quickly as the zombie hero can play zombies during the Zombie Tricks phase, which prevents you from stopping zombies that are played. 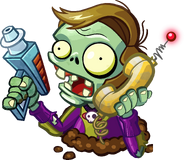 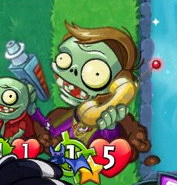 Gigantic Teleportation Zombie due to a glitch 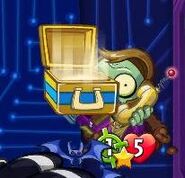 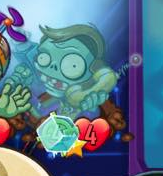 Teleportation Zombie with a star icon on its strength 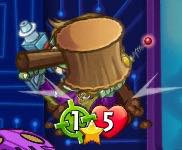 Whack-a-Zombie being used on Teleportation Zombie 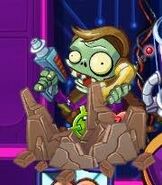 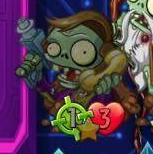 Teleportation Zombie tinted gray due to a glitch 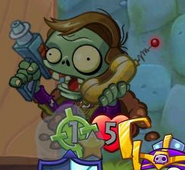 Gigantic Teleportation Zombie tinted gray due to two glitches at once

Teleportation Zombie being the featured card on the menu for the September 15th, 2017 Template:PvZHLink

Teleportation Zombie with the

Overshoot attack
Add a photo to this gallery 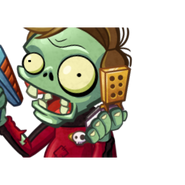 Teleportation Zombie's card image
Add a photo to this gallery

Retrieved from "https://plantsvszombies.fandom.com/wiki/Teleportation_Zombie?oldid=2183168"
Community content is available under CC-BY-SA unless otherwise noted.