Draw two cards.
You're thinking of a number between 1 and braaaaains.
Telepathy is a super-rare zombie superpower trick card in Plants vs. Zombies Heroes and a member of the

to play, and its ability draws two cards. Its plant counterpart is Holo-Flora.

Its name and new description are based on the real meaning of telepathy, which is purported transmission of information from one person to another without using any of the known sensory channels or physical interaction.

You're thinking of a number between 1 and braaaaains.

Telepathy is a cheaper and thus, superior version of Fun-Dead Raiser; you can even play it for free if you get it by blocking an attack. However, only Professor Brainstorm and Super Brainz can play it, and it can only be played once per game. Any strategies that apply to Fun-Dead Raiser apply to Telepathy as well.

Any strategies that is used against Fun-Dead Raiser can be used against this card as well. However, if your opponents plays this after a Super-Block, there is nothing you can do. 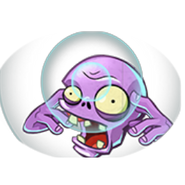 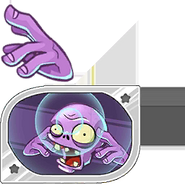