I need my TIME MACHINE!
Talisman Zombie (PvZ: AS) is a conjectural name for this article.
If you know the official name or have a better name or
translation for it, please contact a wiki administrator to change it.

This zombie is based on a Jiangshi, which is Chinese for "stiff corpse", or "zombie". The clothes he wears are the ones of an official during the Qing Dynasty. Specifically, he wears the robes of a tax-collector or marshal, and the hat he wears is the winter variant of the original summer conical shaped hat, made from rattan or other similar material. 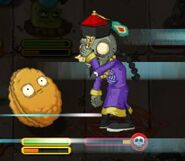 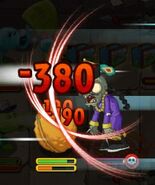 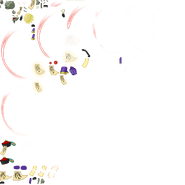 A zombie marked with † has been removed from the game.
Retrieved from "https://plantsvszombies.fandom.com/wiki/Talisman_Zombie_(PvZ:_AS)?oldid=2295351"
Community content is available under CC-BY-SA unless otherwise noted.