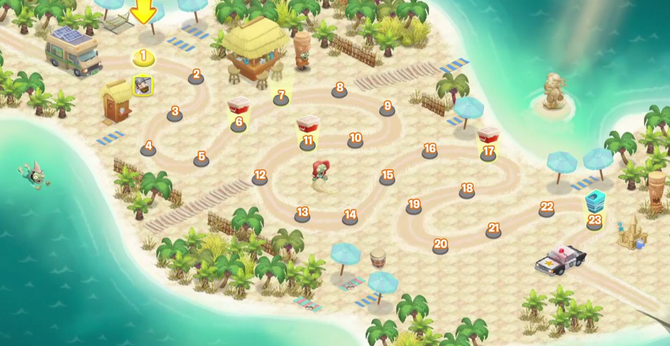 Reclaim The Cafe Lot and travel with 3 friends.
Sweaty Palms was the sixth map stage in Plants vs. Zombies Adventures. It was set on a beach. It introduced the Conga Leader and the Conga Dancer zombies to the player. The player had to complete Level 23 in order to obtain the Sea Salt. After completing Sweaty Palms, reclaiming The Fire Station Lot and carpooling some friends, the player could access U of Z.

Its name is a portmanteau of the words "sweaty palms," with "sweaty" meaning perspiration, which is the production of fluids secreted by the sweat glands and with "palms" meaning the central region of the front of the hand, and the word "palms", a botanical family of perennial climbers, acaules, shrubs and trees commonly known as palm trees. Sweaty also refers to what humans do when it is too hot, referencing the hot desert.