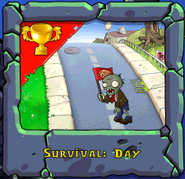 The Complete Setup by Farhan Haniff

Tekniknaldo1's strategy, note: Cacti are useless, you can replace them with Repeaters

A very colorful setup by EpicGamer23468

EVERY single space on the lawn is taken up by a plant of some sort ..... hmmmmmm gold farming is my first priority

This Zombie Puzzle setup with made me win actually.
Add a photo to this gallery 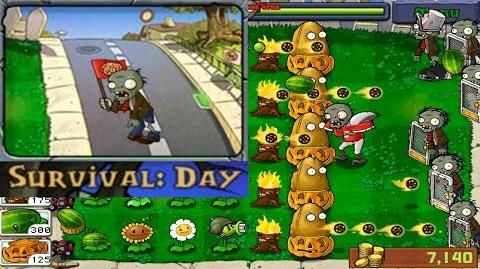 Retrieved from "https://plantsvszombies.fandom.com/wiki/Survival:_Day?oldid=2168471"
Community content is available under CC-BY-SA unless otherwise noted.