For the characters that the line is based on, see Sunflower and Twin Sunflower.

The Sunflower Line (向日葵系; pinyin: xiàngrìkuí xì) was a Class A

The third member, Triplet Sunflower, was not based on an existing Plants vs. Zombies plant, but is rather a continuation of the idea of Twin Sunflower. 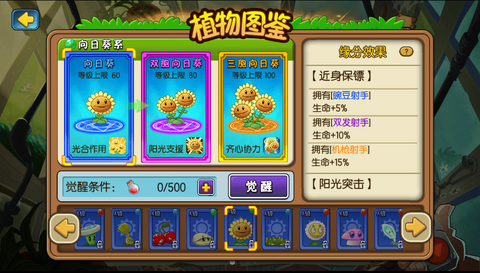 After unlocking the Sunflower line, additional puzzle pieces could be used to upgrade it, which increased its stats and ability LVs.

Sunflower line's stats would be increased if these specific plants were unlocked.