For the version in other games, see Sunflower (disambiguation).

The Sunflower is the backbone of the Plant army and keeps her teammates in the fight with her superior healing and sunny personality. She prefers to stay near the back of the fight, lending assistance with her long range attacks.

Her Heal Beam and Heal Flower make the Sunflower the premier medic. Her Sun Pulse packs a punch, too!

Sun Pulse is the Sunflower's Primary weapon, all facts below applies to a fully upgraded weapon.

Converts sunlight into extra energy that helps her reload faster.

Converts the power of the sun into a more damaging sun pulse.

Sunflowers are generally best used as a support class. When teaming up, Sunflowers should be distributed somewhat equally, with at least one Sunflower in every group. When healing allies, Sunflower should try to prioritize the plants more in need of healing than others, but should also take into consideration how much damage possibly inflicted those in need of healing. Chompers are better to heal than Peashooters, and Peashooters are better to heal than Cacti.

Consistent healing (especially if you stay in one general location making it easier for allies to find you when injured) will grant your team an advantage as they will be able to outlast the other team due them being healthier on average.

Pocketing (focusing on one particular plant) can be useful if there are no other teammates around or if the pocketed plant is engaged in combat against a stronger or multiple zombies. This has the advantage of increasing the chances of the pocketed plant surviving the damage race and allows the otherwise vulnerable Chomper to tank damage better until it gets close enough to eat the targeted zombie or vanquish it with bites. The downsides are that this can deny your teammates from getting health so spread out your healing if there are multiple allies around. Also, if your pocket gets vanquished, the enemy will automatically switch to targeting you where the Sunflower's low health and below-average attack power will play against you.

The Sunflower's primary weapon is mediocre in terms of attack power. While it does pack a massive punch up close, the Sunflower is disadvantaged due to its low health. Therefore, this weapon is best used for assisting teammates, and self-protection. Try not to draw too much attention to yourself, because the weapon's noise as well as its bright color, especially on nighttime maps, will give away your location easily. This, combined with your low health makes you extremely vulnerable.

Sunflower does not have the resilience or the firepower to fight on its own for extended periods of time, so backing it up when a firefight breaks out is generally a must. A Chomper can serve as a distraction to zombies, allowing the Sunflower to heal others, or get rooted and assist the Chomper while a Peashooter can provide protective fire with its above-average attack strength.

When ambushing the enemy, Sunflowers are possibly one of the first targets because of the power they have to heal their allies. Removing them immediately is suggested, but keeping them around and focusing on the more troublesome Chompers or Cacti also works in some cases.

Keep in mind Sunflower has a weak self-defense, only having Dark Flower and its primary weapon to fight with so using Zombie classes that can fight plants easily can counter the Sunflower and vanquish it, which can destroy a plant team easily due to its healing capabilities.

In Garden Ops, Sunflower is a vital class due to their healing ability. Since Sunflower can heal, it is essential to heal any damaged plants or potted plants to keep them alive, especially Heal Flowers. Your main goal in Garden Ops is to provide healing support with Heal Beam and Heal Flower. In combat, Sunflower is physically weak but accurate and its Sunbeam ability is powerful making it a good offense support. The main disadvantages of Sunflower is its low health. As such, beware that Sunflower is easy to be vanquished by most zombies.

In Team Vanquish, Sunflowers are game-changing, due to points being taken away from the zombies for revived plants. The Sunflower can revive fallen plants far faster than other types of plants. Sunflower could sneak around the battlefield, healing plants, avoiding the zombies altogether. Or, Sunflower could stick around other, stronger plants, healing them when they get hurt. The Heal Flower is of very good use for multitasking. Sunflower could be over reviving and healing plants at one spot, while the heal flower takes care of injured plants that come across it. The Sunflower should only use its Sunbeam ability at close range, in order to avoid unwanted attention from other zombies.

In Gardens & Graveyards, Sunflowers can be vital, because them using their Heal Beam/Rainbow Heal Beam and/or Heal Flower to heal plants mostly fighting zombies attempting to invade the garden will be effective. Sunflowers can help the healed plant fight off those zombies too. The Sunbeam/Solar Flare Beam and Dark Flower are the only abilities in which the Sunflower can deal damage not just with its primary weapon. Sunflowers can also be useful for healing potted plants, since they usually get vanquished quickly. A very damaging plant (such as Doom-shroom) and a Sunflower healing it both fighting against the zombies could make for a successful duo. Just remember to re-plant Spawnable Plants when they get vanquished, or zombies will just trample through easier. Vanquished plants in the garden zone can be revived easier by Sunflower, so this can be an effective strategy when doing this with Peashooters and Chompers.

Sunflowers can be also be effective in the final objectives of this game mode. Please note that the Mega Flower cannot be healed in any way, but try to heal Spawnable Plants and playable plants that are attacking the zombies to prevent the Mega Flower's demise. In Wall-nut Hills, frequently heal plants defending the mansion to better stop the zombies from getting in and try to heal any plants that guard the teleporter since if it gets built, the zombies will be able to bypass the Wall-Nuts and reach the mansion more easily. Do not bother healing plants who are running around in the open area where the Wall-nuts roll as this puts you in a great danger since you do not only have to avoid death by zombies, but from the Wall-nuts as well. Dark Flowers and Sunbeams can be useful for defending the mansion as a Sunflower as well. In Main Street, a good strategy is to guard the Corn Mortars with your Sunbeam/Solar Flare Beam to damage any zombies coming through. Also, a strategy is to heal plants that are vanquishing zombies attempting to plant the Z4 explosives. In Cactus Canyon, Sunflowers are less reliable due to the relatively spread-out and messy gameplay, but their use is still in healing plants defending off the zombies from pushing the golf bomb to the hole. Sunbeams and Dark Flowers will not usually work because the zombies are behind the golf bomb, which cannot be damaged from the front and a lot of fighting here takes place at long range.

In Gnome Bomb, Sunflowers can be useful by healing plants defending their gardens or healing plants defusing a bomb, alternatively, the Sunflower can be used to support an offensive push towards a tombstone, minimizing casualties. All of these can be risky, so if possible, revive someone dead and let teammates revive you too to put you in the fight. Also, Sunflowers can heal plants carrying a bomb or run up to and attack a zombie holding the bomb due to their fast movement speed, though, this should generally only be done as a last resort.

In this mode, Sunflowers lose some of their effectiveness against the team as reviving players does nothing toward the score of the opposing team, however, consistent healing is recommended as it minimizes the chance of a teammate dying and dropping an orb. Should this happen though, Sunflowers can move quickly, so they can pick up orbs faster than most plants. As usual, the healing strategy to help other teammates fight off the zombies always applies.

In Suburbination, Sunflowers can help by healing plants defending a garden or reviving vanquished teammates, just like Gnome Bomb. Sunflowers can also capture a garden faster than most plants, like the strategy explained for Vanquish Confirmed!.

In Taco Bandits, since it is similar to Gnome Bomb, one of the strategies there applies. Sunflowers can heal plants fighting against zombies stealing the taco or assist plants in resetting the Taco if it gets stolen. Also, one of the Gardens and Graveyards strategies applies in this mode, heal the potted plants and defend your base. Doing those both will give you a good start, and do not forget to heal plant characters too.

A Sunflower putting down a Heal Flower

A Sunflower using Solar Flare Beam in a trailer

The Sunflower in the Stickerbook

A Sunflower about to fire to a Foot Soldier

A render of Sunflower

A Sunflower shooting a Buckethead Zombie

A Sunflower being obliterated with the other original plant heroes from an explosion in Plants vs. Zombies: Garden Warfare 2

Another render of Sunflower

A rooted Sunflower.
Add a photo to this gallery

All accessories of Sunflower

All gestures
Add a photo to this gallery 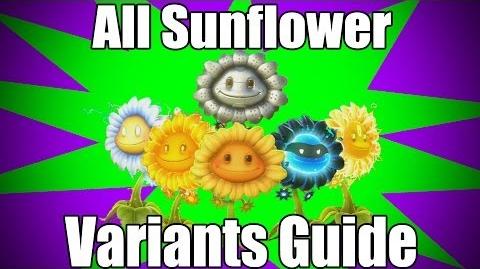 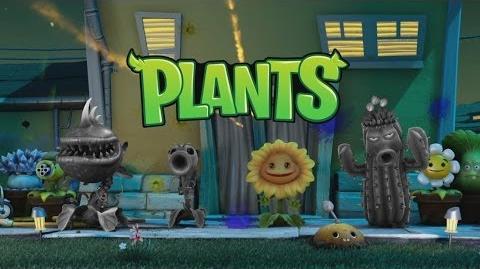 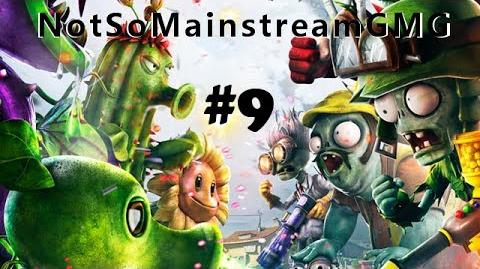 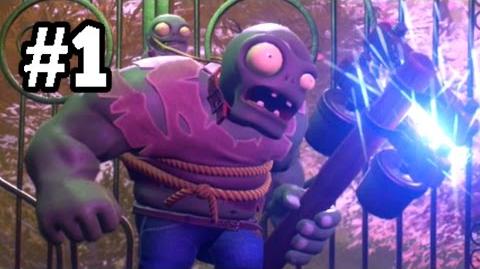