Sumo Melon is a hot-blooded boy. He loves the job of sumo wrestling, refining his skills everyday, because he has a dream, using his sumo power to "dominate the world"!

Sumo Melon (白瓜相扑手; pinyin: Báiguā xiàng pū shǒu) is a plant in the Chinese version of Plants vs. Zombies 2 introduced in the 2.1.1 update. He can push zombies back, similar to Spring Bean and Chard Guard, with an unlimited amount of pushes and requires a cooldown after each push.

His design is based on the Cucumis melo, also known as the muskmelon. His name is also based on his design as a sumo wrestler.

When fed with Plant Food, Sumo Melon stuns and attracts all zombies in a 2x3 area in front of him, then pushes them all back, as well as dealing heavy damage to all of them.

Sumo Melon's Plant Food effect now pushes all attracted zombies out of the lawn instead.

Use this plant as you would Chard Guard. The only difference here is that you have to protect it or else it will get eaten quickly. If you are stuck on a Pirate Seas level, it would be useful to use Sumo Melon with Wall-nut and Spring Bean. Plant a Wall-nut in front of the Sumo Melon and a Spring Bean nearby. This way you can push back any Imp Pirate Zombie or Swashbuckler Zombie back to Spring Bean. 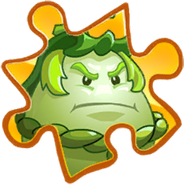 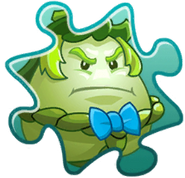 About to push back zombies.

Sumo Melon on a Gold Tile 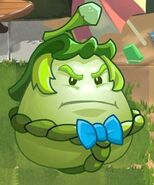 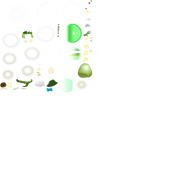 Sprites
Add a photo to this gallery

Retrieved from "https://plantsvszombies.fandom.com/wiki/Sumo_Melon?oldid=2372968"
Community content is available under CC-BY-SA unless otherwise noted.