Make a random Zombie that costs 2

or less.
It's like a blind date... but with Zombies... and fighting.
Summoning is a super-rare zombie superpower trick card in Plants vs. Zombies Heroes and a member of the

to play, and its ability makes a random zombie that costs 2

or less on a selected lane.

It is based on the real meaning of summoning, the act of ordering someone to be present.

It's like a blind date... but with Zombies... and fighting.

Summoning is, alongside Eureka, a rather potentially rewarding but unreliable superpower, as its result can range anywhere from something as weak as Baseball Zombie to some formidable ones like Cat Lady, Cuckoo Zombie, Gargologist, Toxic Waste Imp, and even Teleportation Zombie.

Just like tricks that make zombies such as Beam Me Up or Hail-a-Copter, this trick is versatile, being able to block or destroy a plant after your opponent has finished playing, or lane some damage to your opponent. When getting this from a block, it is best to see if there is a good lane to fill a zombie with. Otherwise, you could save it for later in a pinch.

While being a minor synergy, Professor Brainstorm can use this to boost Unlife of the Party for a cheap price, or boost any Valkyries in his hand, as most zombies made by this card have poor survivability.

Here is the list of zombies Summoning can make:

The zombie made by this trick can range from something as weak as Imp to something as strong, helpful, or dangerous as Toxic Waste Imp, Turkey Rider, or Gargologist. As a result, you might want to make sure that you have a plant on each lane in order to be prepared, but you might want to protect the most important ones, as the zombie made by Summoning can easily take care of weak plants such as Sunflower. 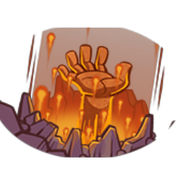