Summer Nights is a recurring special event in the Plants vs. Zombies franchise. It is an event celebrating U.S. Independence Day and usually runs from early to mid-July.

The Player's House during the Summer Nights Piñata Parties 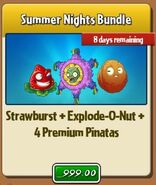 A screenshot of one of the 2015 Piñata Parties 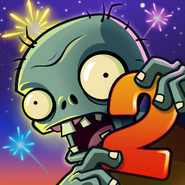 App icon during the event

Summer Nights was first celebrated in Plants vs. Zombies Heroes on June 27, 2017 with the showcase of the Weekly Event card Synchronized Swimmer, other event cards such as Corn Dog and King of the Grill were soon also showcased, with the latter only being obtainable through the Summer Nights Bundle pack. 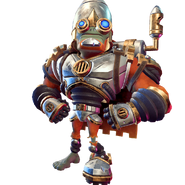 Metal Head, a legendary costume for the Super Brainz at the end of the prize map 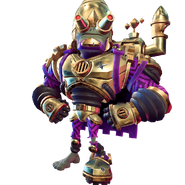 Midas Tough, a legendary costume for the Super Brainz awarded for completing the prize map
Add a photo to this gallery
Retrieved from "https://plantsvszombies.fandom.com/wiki/Summer_Nights?oldid=2299141"
Community content is available under CC-BY-SA unless otherwise noted.