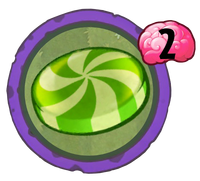 .
Tooth decay: Not exactly a big concern for Zombies.
Sugary Treat is a colossal uncommon zombie trick card in Plants vs. Zombies Heroes and a member of the

Tooth decay: Not exactly a big concern for Zombies.

This trick can be used to help aid in destroying a plant that is blocking the zombie's way, or as a cheap way to activate the abilities of Trickster, Mad Chemist, Paparazzi Zombie, and Trick-or-Treater. It can also be used to give a small boost to a zombie's health, so it can survive for longer. Just be careful of Black-Eyed Pea and Sportacus as they will activate their abilities when this is played.

It can also work as a slightly more expensive version of Brute Strength, but with a small health boost thrown in as well. It is also available to all

Crazy heroes instead of only Impfinity and Z-Mech, and can be played up to 4 times. Or, it can be a replacement for Yeti Lunchbox for Electric Boogaloo.

If your opponent attempts to get Sugary Treat via Trick-or-Treater, removing him during your turn using bonus attacks, instant-kill cards like Squash or direct damage like Berry Blast are good ways to prevent such tricks from being given. But if your opponent has them directly in their deck, using Black-Eyed Pea or Sportacus to deter such tricks from being played or Forget-Me-Nuts or Dark Matter Dragonfruit to make it more expensive, or Bouncing the boosted zombie to remove the boost are the only options you have. 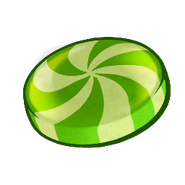 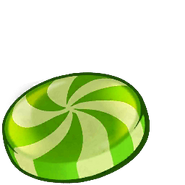 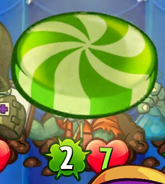 Sugary Treat being played
Add a photo to this gallery

Retrieved from "https://plantsvszombies.fandom.com/wiki/Sugary_Treat?oldid=2349148"
Community content is available under CC-BY-SA unless otherwise noted.