Plants vs. Zombies Wiki
Register
Don't have an account?
Sign In
Advertisement
in: China exclusive, Under construction, Locations,
and 3 more

He prefers to call himself Optimus Prime.
The official name of the Chinese version of this world is Steam Age. However, as the international name provided is Steam Ages, this name is used on all pages that refer to this world.

Collecting stars or 58 gems
Steam Ages (蒸汽时代, pinyin: Zhēngqì Shídài) is the 14th world in the Chinese version of Plants vs. Zombies 2 and third Chinese-exclusive one. It was released for iOS on July 31st, 2018 and added in the 2.3.0 update.

The main gimmick of this world are sewers. Steam sewers will first appear on the lawn with a cover, but after some time, a massive amount of toxic steam will blow and blast the cover. It will stay on the lawn, making your plants in a 3x3 area around it take damage continuously. Lotus Root can be planted to absorb the toxic steam. Transportation sewers can transport zombies, similar to Tunnels, but are slower and are able to transport zombies to different lanes.

This world seems to take place towards the end of the 19th century in London, England, where there are factories around the city that repair and assemble machines, as well as trains and generators. It may also possibly take place during the time of the Industrial Revolution or near World War I where weapons seem to be more advanced due to the evolution of engineering. Like Lost City, it may have taken place during the Victorian Era due to the latter’s setting (e.g. the Tower Bridge crossing the River Thames in the lawn’s background) and both worlds containing British-looking zombies. It likely takes place between 1894 (the year the Tower Bridge finished construction) and 1901 (The end of the Victorian Era), although Lost City likely takes place after this world due to the invention of planes and airships.

The streets during the Industrial Revolution were filled with smog and zombies were waiting for their chance to come. Utilize the terrain with sewers to destroy the zombies' evil plan, are you ready for it?

The background for Travel Log quests in Steam Ages

An advertisement introducing the 7 new plants of Steam Ages

Note how the demo in this promotion includes zombies from other worlds (specifically Far Future zombies) as well as Gold Tiles. These, however, do not appear in the final version. 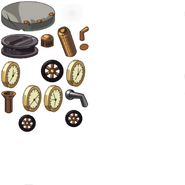 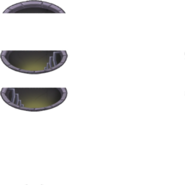 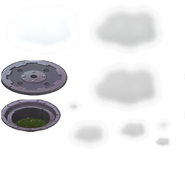