When revealed: Destroy one of their Nuts or Berries.
The only thing more difficult than herding cats.
Squirrel Herder is a premium rare zombie card in Plants vs. Zombies Heroes and a member of the

She has the Gravestone trait, and her ability instantly destroys a selected nut or berry plant or environment on the field when she is revealed.

Her ability is a reference to how a squirrel's diet consists mainly of nuts and berries.

Her description is likely a reference to the idiom, "To herd cats," describing a futile or impossible thing to do. It may also be a reference to Cat Lady.

The only thing more difficult than herding cats.

Squirrel Herder's stats are nothing but average, but her ability is the better part of her, serving as a cheap instant-kill, and thus, making Squirrel Herder a viable play in any deck, and in all parts of the game. While this ability is very limited on what plants (or environment) it can destroy, many nuts and berries in the game are annoying, threatening, or even game-changing: Poison Ivy, Mirror-Nut, Sergeant Strongberry, and Pecanolith are such examples.

This makes it a good counter for a nut or berry-based deck, especially against Guardian and Kabloom heroes, preferably Spudow, and even if your opponent isn't running either of them, most nuts and berries function well even outside of such decks, so you should have a good chance of encountering and destroying one. It also bypasses the

Untrickable trait, letting you destroy Primal Wall-Nut and get around Umbrella Leaf.

While this issue can be remedied by playing Mixed-Up Gravedigger or Secret Agent to reactivate Squirrel Herder's ability (should you not have many of them in your hand), this gives your opponent another chance to exploit its third weakness: being a Gravestone zombie, Squirrel Herder can easily be removed by Grave Buster or Grave Mistake.

You should be especially careful against Citron, Beta-Carrotina, and Nightcap, as they have access to Spyris, which allows them to predict your play.

Aside from her ability, Squirrel Herder can be used well in (but is not limited to) pet decks with Cat Lady and Zookeeper, with the added benefit of her being cheap. Or, she can be used in The Smash's professional decks with Jurassic Fossilhead and Zombie Middle Manager (although she isn't the best professional for synergy), as her ability's usefulness isn't tied to one zombie tribe, unlike Zookeeper's.

Squirrel Herder can easily be destroyed due to her low stats, but her ability is what you should be concerned of. The best counter would be to play Grave Buster or Grave Mistake (although she may return if you play the latter), preferably with Spyris already on the field, as she has the Gravestone trait.

Citron, Beta-Carrotina, and Nightcap can also play Rescue Radish to Bounce a powerful nut or berry like Pecanolith or Sergeant Strongberry to prevent it from being destroyed.

But since these strategies are limited to certain heroes, the most universal tactic would be to not play any nuts or berries if you can predict her. If you have no choice but to play them, play your most expendable plant (but nothing else) to essentially waste her ability, then make a comeback as soon as possible.

It is not recommended to Bounce Squirrel Herder unless you can win from this as she can be played again to re-activate her ability. 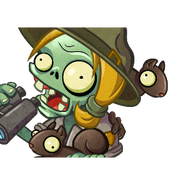 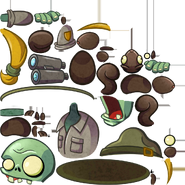 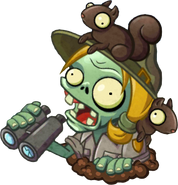 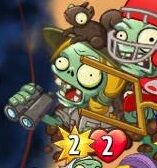 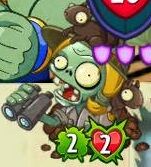 Squirrel Herder with a star icon on her strength 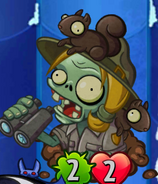 Squirrel Herder tinted gray due to a glitch

Squirrel Herder being the featured card in the menu for the June 7th, 2017 Daily Challenge 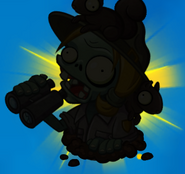 The player receiving Squirrel Herder from a Premium Pack