A money bag
Squirrel is one of the 17 hidden mini-games that was canceled from the game.

You will need Cheat Engine to do this.

Simply dig out the Wall-nuts from right to left until you find all seven squirrels. When the zombie appears either leave it to eat while you dig or continue digging saving the final Wall-nut on the row with the zombie for last.

Dig out every other Wall-nut so they are only touching diagonally. Then, dig out only the Wall-nuts that are flashing white. One has the zombie, but others have squirrels.

Flashing Wall-nut
Add a photo to this gallery 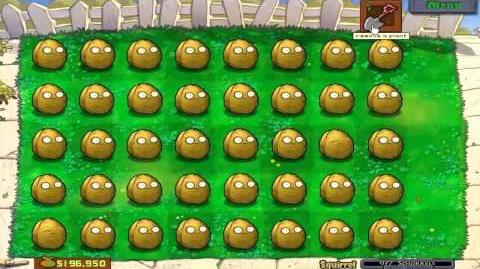 Plants Vs. Zombies - Squirrel (Hidden Mini-Game)
Video of a strategy 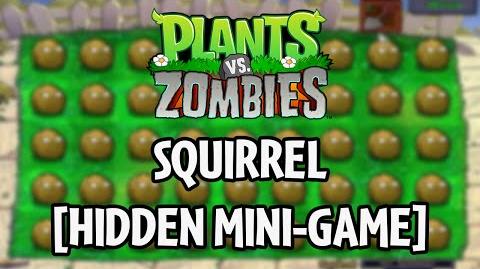 Plants vs. Zombies - Squirrel HIDDEN MINI-GAME
By Drek'TharSuperSword. Shows the procedure on how to gain access to the mini-game and play it

The word, "Squirrel", can be seen behind Intro if the challenge windows are edited to be transparent
Add a photo to this gallery

Retrieved from "https://plantsvszombies.fandom.com/wiki/Squirrel?oldid=2357288"
Community content is available under CC-BY-SA unless otherwise noted.