This is the gallery for Squash's appearance in Plants vs. Zombies.

The player got the Squash

Squash seed packet in the iOS and Android versions 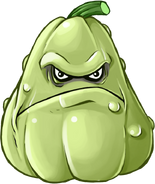 A backyard full of Squashes

A Squash is about to squash a zombie

Splash on the floor done by a Squash (notice: the water is coming from the ground)

A cardboard Squash is about to squash a zombie 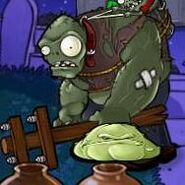 A Squash that squashed a zombie 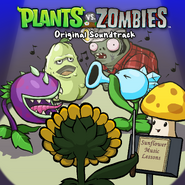 Squash on the cover of Plants vs. Zombies Original Soundtrack

Squash with a crown in the Monster Mash icon

Squash in a Pumpkin

Squash in an Imitater Pumpkin

Imitater Squash in a Pumpkin

A left-facing Squash in Zen Garden

A medium-sized Squash in Zen Garden

A small Squash in Zen Garden 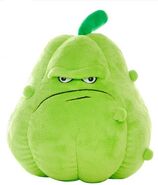 Retrieved from "https://plantsvszombies.fandom.com/wiki/Squash_(PvZ)/Gallery?oldid=2278719"
Community content is available under CC-BY-SA unless otherwise noted.