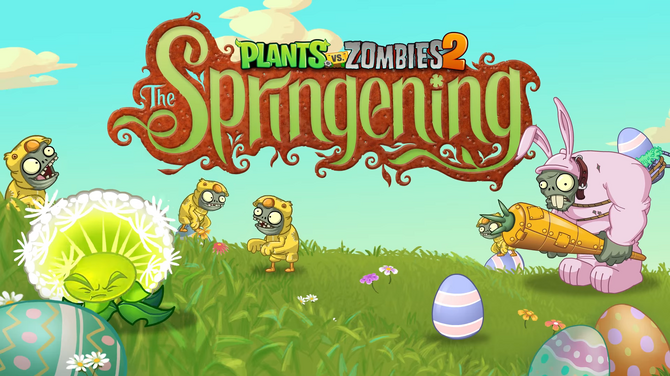 Springening is a recurring special event in the Plants vs. Zombies franchise. It is an event celebrating Easter and the April Fool's Day and usually runs from late March through early April.

The Player's House during the Springening Piñata Parties

A screenshot of a 2016 Piñata Party

A screenshot of an Egg Breaker Piñata Party 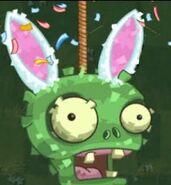 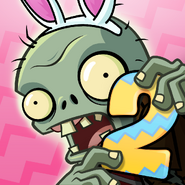 App icon during the Springening Event

Springening in 2020
Add a photo to this gallery

Springening was first celebrated in Plants vs. Zombies: Garden Warfare 2 on March 22, 2016 with the introduction of the Springening pack, an exclusive pack containing Easter-themed customizations for various characters.

On April 4, 2017 Springening returns with the introduction of Rabbit, an NPC who offers daily challenges to players involving them finding a hidden key to unlock the Easter-themed chest next to him, which contains special Easter-themed customization items. Easter-themed consumables were also introduced and were available through the returning Springening Packs. 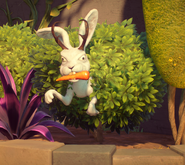 Rabbit, the host of the daily Bloom Quests

Chest awarded at the end of completing a Bloom Quest

Chickenhead, an exclusive Springening hat for the Engineer

The sticker for Bunnyboo Shoot, an exclusive Consumable Pot

The sticker for Loudhare Bot, an exclusive Consumable Bot

Chocolate Fountain Statue
Add a photo to this gallery

Springening was first celebrated in Plants vs. Zombies Heroes on April 4, 2017 and introduced the Weekly Event card Lily of the Valley.

The event also introduced new event cards such as Snake Grass and Hippity Hop Gargantuar, the latter of which was only obtainable through the Springening Bundle pack.

Springening was first celebrated in Plants vs. Zombies: Battle for Neighborville on April 2, 2020. It includes a Springening prize map, with the "Celestial Beauty" costume and Thorn Apart legendary upgrade for the Rose at the end of the prize map, as well as the "Astral Perfection" costume for the Rose for the completion reward. 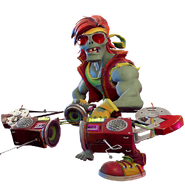 Hot Dog, a common-rarity costume for the 80s Action Hero in the middle of the prize map 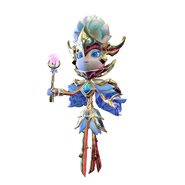 Celestial Beauty, a legendary costume for the Rose at the end of the prize map 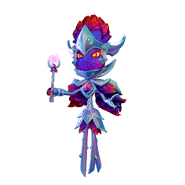 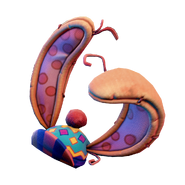 Rabbit Fan, the universal hat awarded for completing all of the character challenges
Add a photo to this gallery

Completing Springening Prize Map in 4 Minutes - Plants vs. Zombies Battle for Neighborville
Video showing the entire prize map being unlocked and a demonstration of Thorn Apart by Drek'TharSuperSword
Add a photo to this gallery

Retrieved from "https://plantsvszombies.fandom.com/wiki/Springening?oldid=2268582"
Community content is available under CC-BY-SA unless otherwise noted.