For the plants the line is based on, see Puff-shroom, Scaredy-shroom, and Fume-shroom.

Hits all enemies in its lane 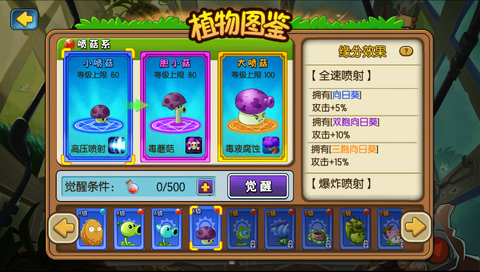 After unlocking the Spray Mushroom line, additional puzzle pieces could be used to upgrade it, which increases its stats and ability LVs.

Spray Mushroom line's stats would be increased if these specific plants were unlocked. 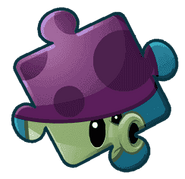 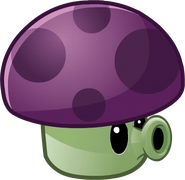 HD Scaredy-shroom with its costume 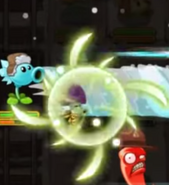