Splitting Stephania idolizes the captain of the National Shield Throwing Team. As he admires his heroic posture of blocking and shield throwing, Splitting Stephania has also worked hard and developed proper shield throwing and blocking skills. Don't ask why the shield shatters so easily, it's definitely the problem with the shield as it's just an average consumer's good.

Splitting Stephania (千金藤; pinyin: qiānjīnténg) is a plant in the Chinese version of Plants vs. Zombies 2 introduced in the 2.6.0 update as an unlockable plant for the Heian Age world, being unlocked after clearing Day 5.

Splitting Stephania attacks zombies by throwing leaves at them. When a zombie is hit, the leaves will split and deal damage in a 2×3 area around the targeted zombie, with one attack for a single tile. If there are multiple zombies, one is chosen at random. The attack is a direct impact and does not pierce. Splitting Stephania can also resist and reflect Ninjimp's pufferfish attack.

When given Plant Food, Splitting Stephania will fire 6 leaves ahead of it. These leaves will knock back any zombie hit by them one tile as well as split to damage additional zombies

Splitting Stephania will be your first counter against Ninjimp, as he can rebound his pufferfish away from your defenses and instantly kill him. He also can damage Excavator Zombie in the back whenever his thrown leaves split across 2x3 area if timed correctly. Using him against stronger zombies and zombies with armor (like full-health headwears) will make the whole level much easier than usual, especially in Hard Mode levels.

Despite the fact that he resists and reflects any bullet attacks, you can't use him against Hair Metal Gargantuar, Snow Pea Zombie, or any bullet-attacking zombies in Sky City. You only use him against Ninjimp for his reflecting purposes. However, his main attack could work against these zombies. Combining him with wall plants like Wall-nut will protect him from any damage.

When it comes to melee plants, Splitting Stephania is a good choice to use in these combos. He can attack zombies while melee plants don't do anything if they're far away from them. Combining him with Phat Beet will be the best combo against Punk Zombies, Glitter Zombies, and MC Zom-Bs. Also, combining him with Celery Stalker can defeat tougher zombies if they're between these combos (far away, but near Splitting Stephania and behind Celery Stalker). 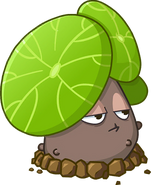 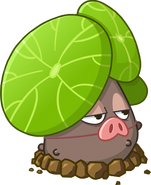 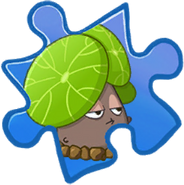 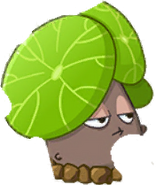 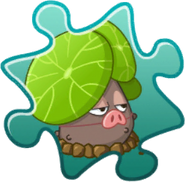 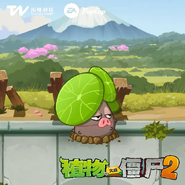 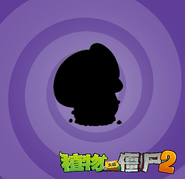 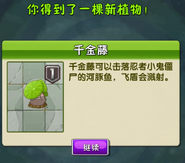