Plants vs. Zombies Wiki
Register
Don't have an account?
Sign In
Advertisement
in: China exclusive, Archived, Pages that need strategies,
and 12 more
English

The boss of Ancient Egypt.

The Sphinx was based on the real-life Egyptian sculpture of the same name, except it had the face of a Zombie. It had five zombies inside of it holding it up and moving it, indicating that it was hollow. During the fight, Zombies would come out of the right side, as if it were a normal level. The Sphinx would start off staying idle and could not be attacked, but it would start moving and could be damaged when reaching the final wave (Level 10-1) or the first flag (Level 10-1 (Advanced)). It could use various abilities:

HD Sphinx with no background 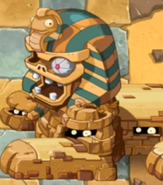 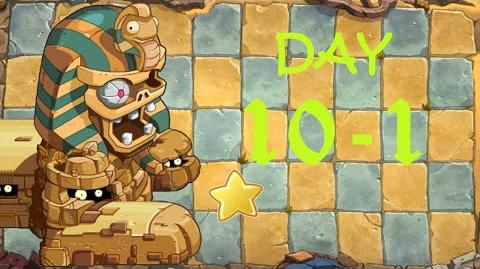