For the version in Plants vs. Zombies Heroes, see Space Cadet.

Space Cadets are great at teaming up. Up to four can create a Space Station armed with lasers, shield, and rockets
Space Cadet is a playable zombie class in Plants vs. Zombies: Battle for Neighborville. She is a

Defend class who specializes in team-ups and group attacks.

Space Cadets are great at teaming up. Up to four can create a Space Station armed with lasers, shield, and rockets.

Space Cadet's primary weapon is the Cosmo Shot, which rapdily fires 42 homing lasers before needing to reload. Each laser does 6 damage (7 critical).

Space Station Passenger's primary weapon is also the Cosmo Shot and shares the exact same primary weapon functionality as a Solo Space Cadet, with no changes in damage or rate of fire.

The Space Cadet Is good at close, mid and long range combat with her many abilities. One of her only weaknesses are groups of plants. However, If they get close, you can use the Gravity smash to deal great damage and force them to retreat. 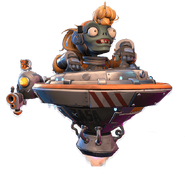 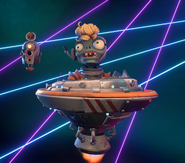 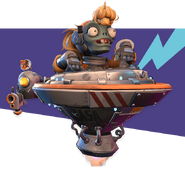 Concept model renders of an unused set, only known internally as "stuffedponyset"