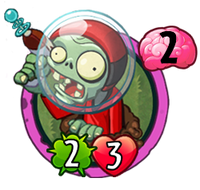 Science Zombie
His body is in space, but his head is in the clouds.

Space Cadet is a token zombie card in Plants vs. Zombies Heroes, and a member of the

Brainy class. He is made from Beam Me Up, but can also be made by Summoning, transformed into by Portal Technician or Mystery Egg, or Conjured by Eureka or Triplication. He costs 2

to play (only when he is Bounced and as a card from Eureka or Triplication), and has 2

He is based on an astronaut, a person trained by a human spaceflight program to command, pilot, or serve as a crew member of a spacecraft. He also bears a resemblance to the zombie seen on the Undead Space achievement icon.

His body is in space, but his head is in the clouds.

See Beam Me Up.

Space Cadet's statistics after being Conjured by Cosmic Scientist 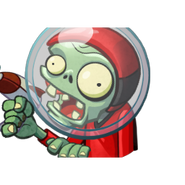 Space Cadet on the field 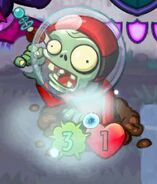 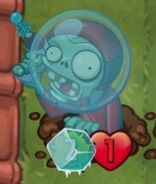 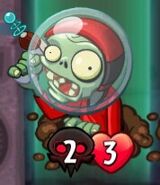 Three Space Cadets on the field 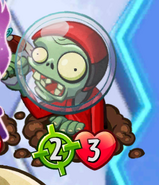 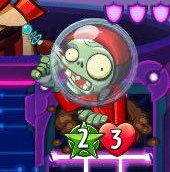 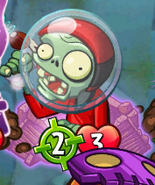 Retrieved from "https://plantsvszombies.fandom.com/wiki/Space_Cadet?oldid=1958043"
Community content is available under CC-BY-SA unless otherwise noted.