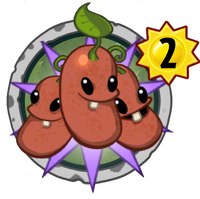 Shuffle four Magic Beanstalks into your deck.
Totally worth the cow.

Sow Magic Beans is a premium super-rare plant trick card in Plants vs. Zombies Heroes and a member of the

to play, and its ability shuffles 4 Magic Beanstalks into the plant hero's deck.

It is based on the magic beans Jack traded for the cow in the popular English fairy tale, Jack and the Beanstalk.

Its name is a combination of "sow," referring to its animation when it is played, and "magic beans," the imaginary beans it is based on.

Its description mentions the cow that Jack traded for magic beans in said fairy tale.

Totally worth the cow.

Note that you do not get Magic Beanstalks right after you play this trick. Instead, you have to get them via drawing cards. Cards that draw more cards, such as Flourish, Party Thyme, and even Sage Sage can help you get Magic Beanstalks faster. Another way of increasing your chances to draw Magic Beanstalks is to try to play it near the late-game, as there is a higher chance of drawing a Magic Beanstalk as your deck is being depleted.

If you think it is safe to use 2 sun for an uncertain but highly beneficial future investment, go ahead. However, if there's a threat like Mini-Ninja, Tennis Champ, or Cuckoo Zombie on the field, it is better to focus on your defenses.

This trick also benefits Admiral Navy Bean and Bean Counter, as it gives you more bean cards, on top of being a bean card itself, which both activate their abilities.

If you use Dino-Roar cards, this card is a way to activate their abilities since it adds cards that each draw another card into your deck.

However, be careful of Quickdraw Con Man. While this trick doesn't draw a card, the Magic Beanstalks that it shuffles into your deck do.

There is not much you can do against this card. However, be careful as this can syngergize with other beans, especially Bean Counter and Admiral Navy Bean. Additionally, be prepared near the late-game as the plant hero may draw a Magic Beanstalk which could destroy your defenses easily and draw more cards. 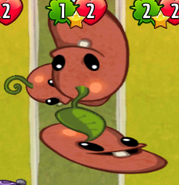 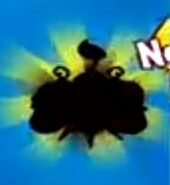 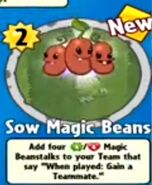 Retrieved from "https://plantsvszombies.fandom.com/wiki/Sow_Magic_Beans?oldid=2029131"
Community content is available under CC-BY-SA unless otherwise noted.