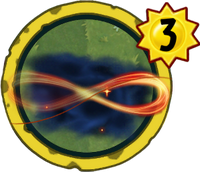 It is based on the real meaning of solar wind, a stream of charged particles released from the upper atmosphere of the Sun.

at the start of each turn until the environment is replaced, or Sunflower cannot be made..

However, keep in mind that this environment only works if there are no zombies in there. Therefore, you must destroy all zombies in it, either with high-strength or instant-kill cards. Fortunately, the Solar class has plenty of instant-kill cards. This also synergizes well with Briar Rose since it will destroy any zombies that hurt the Sunflowers Solar Winds makes, therefore clearing the lane so that the environment can activate its ability. 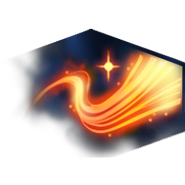 Retrieved from "https://plantsvszombies.fandom.com/wiki/Solar_Winds?oldid=1891176"
Community content is available under CC-BY-SA unless otherwise noted.