When the energy is full it will charge into plants, when there is no energy it will absorb the energy of plants.

This zombie hates darkness the most, he usually likes driving his car to sunbath, when he sunbaths he thinks about when can he live on the sun.

Solar Car Zombie (太阳能车僵尸; pinyin: tài yáng néng chē jiāng shī) is a zombie encountered in Modern Day in the Chinese version of Plants vs. Zombies 2. Like Mecha-Football Zombie, he can push plants it encounters back one tile.

He can also steal sun, and once he steals enough sun, instead of pushing back plants he encounters, he uses the sun to fire a beam at the plants like Turquoise Skull Zombie, destroying them, but emptying his sun supply. Like Ra Zombie, he will drop any unused sun when he is destroyed.

As it is a machine, E.M.Peach can stall it. Despite that, however, Citron's Plant Food effect can still penetrate it.

Treat this as you would a Mecha-Football Zombie. Don't let him get near your plants, and shovel plants that are in danger of being pushed. Of course, you should also try and collect all sun before he steals it, or else your plants will be destroyed as well. E.M.Peach can stop it and nearby machines in his tracks, so use that to buy time. More powerful plants, such as Cherry Bombs will also work, killing the zombie and other zombies near it instantly. 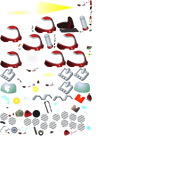 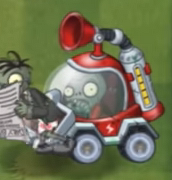 Killing a Dinonip with solar beam 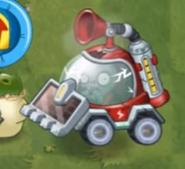 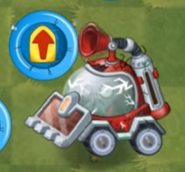 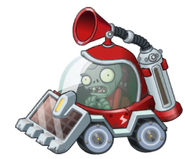 Retrieved from "https://plantsvszombies.fandom.com/wiki/Solar_Car_Zombie?oldid=2373268"
Community content is available under CC-BY-SA unless otherwise noted.