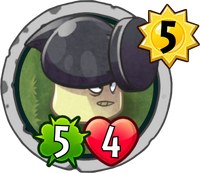 Smoosh-Shroom is a basic common plant card in Plants vs. Zombies Heroes and a member of the

. It does not have any traits or abilities. Its closest zombie counterpart is Drum Major.

It is based on a mushroom, the fleshy, spore-bearing fruiting body of a fungus, and a hammer, a tool or device that delivers a blow to an object.

Its name is a portmanteau of "smoosh," referring to the way it attacks, and "mushroom," the real-life fungus this is based on.

Its description is a reference to the song "If I Had a Hammer" by Pete Seeger and Lee Hays.

Smoosh-Shroom has below-average health for its cost, and also lacks traits and abilities, but it is more useful than you think. It can hit very hard, being the second strongest mushroom in terms of raw stats, behind Gloom-Shroom. Additionally, it has tribe synergy, unlike Smashing Pumpkin since squash plants have almost no synergy except from being conjured by a Mayflower, whereas there are countless strategies that help mushrooms.

Smoosh-Shroom perhaps benefits the most as Nightcap, as most of Nightcap's plants are quite weak, whereas Smoosh-Shroom has high strength and is not as fragile. He can use it in mushroom decks by boosting it with Buff-Shroom, using it with Punish-Shroom, or Conjuring it from Cosmic Mushroom. Other heroes don't have as much of use for it, but Green Shadow can boost it with Fertilize, Citron and Beta-Carrotina can protect it with Wall-Nut, and Rose can play tricks to deal with zombies that threaten this plant.

Do note that plants such as Shooting Starfruit and Gloom-Shroom may be better choices, depending on the situation and the hero's class, although you can use Smoosh-Shroom in tandem with those plants.

Smoosh-Shroom has a lot of strength, and can take out a large chunk of health at anything it attacks. However, you can take advantage of its strength at the same time and instantly destroy it with Rocket Science or Cut Down to Size. Locust Swarm can also instantly destroy this plant. If its health has not been boosted, Cakesplosion can also get rid of it. Any zombie with 4 or more strength, or with the

Deadly trait, can instantly destroy it as well. However, remember that the zombie that faces Smoosh-Shroom is going to be either destroyed or badly damaged unless you destroy it with a bonus attack or shield the zombie with Zombot Battlecruiser 5000, Zombie Coach, or Escape through Time. 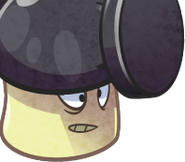 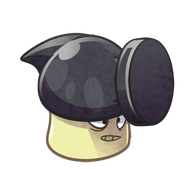 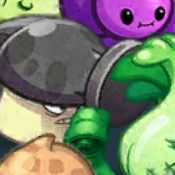 Smoosh-Shroom in the Multiplayer menu

Two Smoosh-Shrooms on a lane due to Pair Pearadise's ability 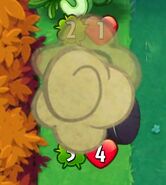 Retrieved from "https://plantsvszombies.fandom.com/wiki/Smoosh-Shroom?oldid=2298642"
Community content is available under CC-BY-SA unless otherwise noted.