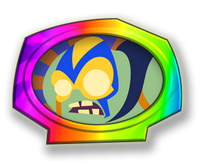 Destroy a Plant with 4

or less.
The Smash's wrestling moves are real all right. Too real. Just ask any Plant.
Slammin' Smackdown is The Smash's premium legendary zombie signature superpower trick card in Plants vs. Zombies Heroes and a member of the

to play, and its ability instantly destroys a selected plant with 4

Its name may be a reference to Smackdown, a wrestling show, as well as The Smash being designed as a wrestler.

Its card description refers to the fact that most people believe modern wrestling is to be fake and scripted.

The Smash's wrestling moves are real all right. Too real. Just ask any Plant.

This can be considered as a better version of Rolling Stone, as it has the same cost, but can be used on more plants. Because of this, any strategies used with the Rolling Stone should be used with this trick. However, you may want to save this trick for later, because it can destroy any plant with 4 strength or less, and 4 strength is quite a high number, not to mention it being a superpower, which can only be used once per game.

Also, this trick is an excellent way to counter plants with high health but low strength, such as Water Chestnut, Pecanolith, Electric Blueberry, and Hibernating Beary. If the wanted plant's strength is higher than 4, the player can use cards that can reduce its strength, such as Nibble or Landscaper.

A great use of this card is to take out plants with 3 strength, as they are really hard to destroy (especially if they have lots of health like Wing-Nut). Notable examples are Body-Gourd, Poison Mushroom (only when it is on an empty lane), Pineclone, Briar Rose, Metal Petal Sunflower, Apple-Saucer, etc. It is also a good replacement for Knockout, another Hearty removal card (destroy all plants in a lane with 3 or less strength), so that when there is only one 3-strength plant, The Smash could use this to save this valuable card later on.

Since it is a Gargantuar card, you can also use this as a free method to destroy a plant that obstructs your strategy when Gargologist is on the field. Combining it with Supernova Gargantuar allows it to destroy multiple plants for a very cheap cost, while King of the Grill lets you Conjure a gourmet card.

There isn't really a counter to this superpower, since it can be played in any moment. However, you can make it less devastating by having multiple threats on the battlefield, instead of having only one big threat that could easily be the target. Giving your fighters

Untrickable through Umbrella Leaf can help them dodge this trick as well as many other removal tricks.

If there is a key plant you want to keep safe but has 4 strength or less, then the best thing you can do is boost it, using Fertilize, Plant Food, or Grow-Shroom, if you are playing as a Mega-Grow hero, or using Berry Angry if you're playing as a Kabloom hero. Additionally, Captain Combustible can use his signature superpower, Blazing Bark to boost a key plant out of this superpower's range. Remember that The Smash does not have Rocket Science or Cut Down to Size, and the only thing that will destroy boosted plants are B-flat and Locust Swarm. However, these strategies may be less effective, or even ineffective against Quasar Wizard or Thinking Cap users, so you should make adjustments. 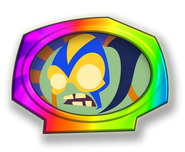 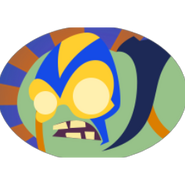