Not to be confused with Punk Zombie.

None
Smelly Zombie is the only zombie who really gets him, you know?
Skunk Punk is a basic common zombie card in Plants vs. Zombies Heroes and a member of the

He does not have any traits or abilities. He is the basic zombie of the Beastly class.

Smelly Zombie is the only zombie who really gets him, you know?

Because of his low stats, he can be easily destroyed. However, since he is a pet zombie, he is able to have his strength boosted by Zookeeper's ability, along with being able to boost Cat Lady using her ability. However, it should be noted that Zookeeper's ability only boosts pet zombies' strength, so you may want to boost Skunk Punk's health to allow him to survive for a few turns.

Anything can counter him due to his lack of innate abilities and low stats, unless he is boosted. If you are battling against a Beastly hero, try and get rid of him quickly as Zookeeper can boost Skunk Punk. If he gets out of hand, you can play Shamrocket or Doom-Shroom to destroy him. However, it is unlikely for Skunk Punk to get boosted so much when there are much more dangerous threats available. 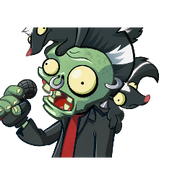 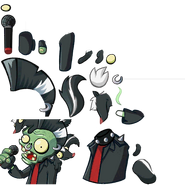 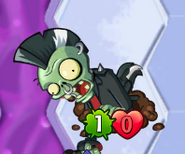 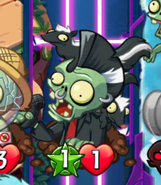 Skunk Punk with a star icon on his strength 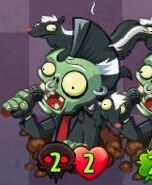