Plants vs. Zombies Wiki
Register
Don't have an account?
Sign In
Advertisement
in: China exclusive, Archived, Zombies,
and 9 more
English

For the form in Plants vs. Zombies: All Stars, see Skeleton Demon Zombie (PvZ: AS).

This zombie is mainly based on one of the demons in Journey To The West, Baigujing, who was a demoness whose powers was to shapeshift into any form, similar to her attacks in-game.

The second transformation without head, being chilled

Skeleton Demon zombie in the great wall of china 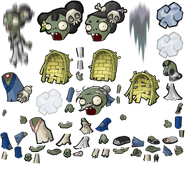 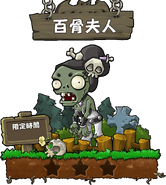