Fusion: Do 2 damage.
Legends of Hollow Earth whisper that if you stack up enough Shelf Mushrooms, you'll eventually reach the Surface World.
Shelf Mushroom is a triassic rare plant card in Plants vs. Zombies Heroes and a member of the

It does not have any traits, and its Fusion ability does 2 damage to a selected zombie or the zombie hero.

It is based on polypores, also called bracket fungi or shelf mushrooms, a group of fungi with tubes or pores on the underside of their woody, fruiting bodies, and a tree stump, a small remaining portion of the tree with the roots still in the ground after the tree has been cut or felled.

While the kind of berries growing on it is unknown, Shelf Mushroom having berries on it resembles the jabuticaba tree, a tree in the family Myrtaceae whose berries grow directly on its trunk.

Its description is a reference to its Fusion ability, which is a play on the word "shelf" in "shelf mushroom."

Legends of Hollow Earth whisper that if you stack up enough Shelf Mushrooms, you'll eventually reach the Surface World.

Shelf Mushroom is pretty much an average fighter in two beneficial tribes. While that doesn't sound interesting or rare-worthy, its Fusion ability is useful in many situations, from dishing out extra damage on Shelf Mushroom's lane to sniping an Amphibious zombie or a glass cannon.

Because Shelf Mushroom can damage zombies regardless of position, you can safely play it on an empty lane. And since it doesn't benefit the plant played on it, you can play any plant on it without affecting the outcome of its ability too much.

As for its berry tribe, it can also synergize with High-Voltage Currant, Sergeant Strongberry, and Strawberrian, and these synergies are generally better than its mushroom synergy. In fact, Shelf Mushroom is the best plant for Strawberrian's Evolution due to most berries having very low health, and the ones that do have sufficient health only being playable later in the game and too useful to simply Evolve on.

However, Shelf Mushroom faces competition from Berry Blast, which does more damage per turn (as it can't attack and activate its ability at the same time) but costs the same, and Banana Bomb, who does the same amount of damage as its ability but is cheaper.

But Shelf Mushroom can affect zombies with the

Untrickable trait and has its own uses as a fighter (like synergizing with Venus Flytraplanet), so it is not completely superior or inferior to any of these tricks.

Shelf Mushroom is a fairly average fighter and can be destroyed by most zombies that cost 2 brains or less, your opponent will probably play it on an empty lane. Thus, tricks like Rolling Stone and Bungee Plumber are the best counters. Squirrel Herder is also a good counter to Shelf Mushroom, as she can evade its Fusion ability with her Gravestone trait.

You must also beware of its Fusion ability, as while it is less than Berry Blast's damage, it can still pick on and take out an unsuspecting zombie. Amphibious zombies and glass cannons will most likely be prioritized, so you should boost said zombies if you think it would help.

If Sergeant Strongberry is on the field, you should destroy either one of them before it is too late. Try to rely less on strategies vulerable to it, as most plant heroes will usally activate its fusion ability on the same turn it is played anyways. 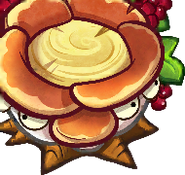 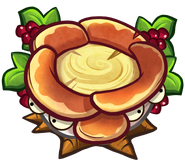 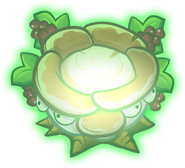 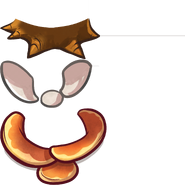 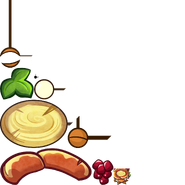 Shelf Mushroom on the field