Shields himself from the enemy with his sturdy screen door.

Screen Door Zombie shields the front of itself, and all damage done to the shield will not hurt the zombie. However, the Chomper's chomp attack will directly damage the zombie no matter what side it is being attacked on. Gooping the zombie will also allow others to get around the shield and attack the zombie directly behind, allowing for easier vanquishes. The Spikeweed can destroy the shield when the zombie is caught in it. Cactus' Potato Mines deals direct damage to the zombie as well. Goop-shrooms and Fume-shrooms also ignore his screen door. These plants are also very good at defending gardens, so Screen Door Zombies will not have a chance to attack your garden. As a Peashooter, use Hyper to get around back, so you can shoot him from behind, or launch a Chili Bean Bomb or Sombrero Bean Bomb to vanquish this zombie instantly. 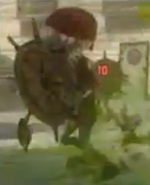 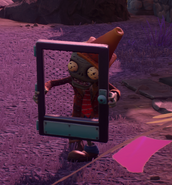 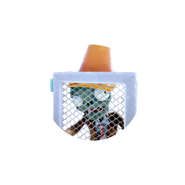 Their icon
Add a photo to this gallery

Retrieved from "https://plantsvszombies.fandom.com/wiki/Screen_Door_Zombie_(Spawnable)?oldid=2242519"
Community content is available under CC-BY-SA unless otherwise noted.