Emits light to capture zombies close to it.

Everyone always mistakes Saucer Squash as an alien, but they slowly discover that it just doesn't integrate with them because its too shy. However, don't make him angry, being shone on by its light is not a good thing.

Saucer Squash (飞碟瓜; pinyin: fēidié guā) is the fifth plant obtained in Sky City in the Chinese version of Plants vs. Zombies 2. Similar to Stunion, it stuns zombies for around 10 seconds and then flies away. If the Saucer Squash is level 2, it can capture low health zombies while it captures higher health zombies if it is level 3.

Saucer Squash appears to be based on a Cucurbita Pepo, better known as Patty Pan Squash or Flying Saucer Squash.

Its body is also based on a flying saucers, also known as flying disc, which is a term for a supposed type of described flying craft with a disc or saucer-shaped body, commonly used generically to refer to any anomalous flying object. Its eyes resemble an alien's eyes in general descriptions.

Much like Iceberg Lettuce, when fed with Plant Food, Saucer Squash stuns all zombies on the screen.

Just like Stunion, Saucer Squash is a good plant to stall zombies. Because Stunion is not an airborne plant, the player should use Saucer Squash if the player is playing Sky City or Big Wave Beach, as they have the same sun cost. In other areas however, Stunion should be used due to its shorter recharging speed.

However, a level 2 or 3 Saucer Squash with the capture ability usually means it is more worthwhile to bring it along over Stunion.

Saucer Squash should also be used if the player is going to engage mechanical zombies like Disco-tron 3000 and Mecha-Football Zombies, as unlike Stunion, Saucer Squash can stun them. 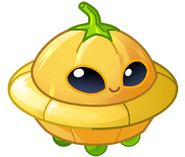 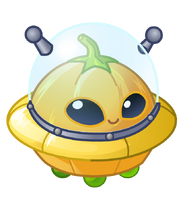 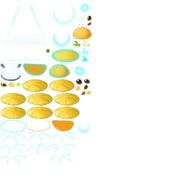 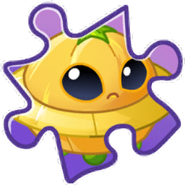 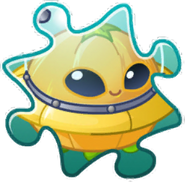 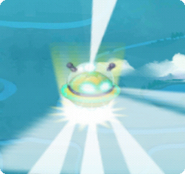 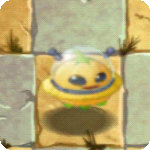 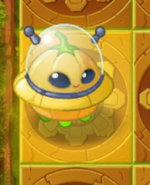 Saucer Squash on a Gold Tile 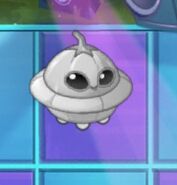 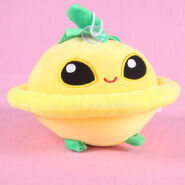 Saucer Squash plush
Add a photo to this gallery

Retrieved from "https://plantsvszombies.fandom.com/wiki/Saucer_Squash?oldid=2370764"
Community content is available under CC-BY-SA unless otherwise noted.