View source
watch 02:58
No Man's Sky Update - The Loop
Do you like this video?
Play Sound
File:Sage Sage.png

Not to be confused with Solar Sage.

When played: If you made at least 6

this turn, draw a card.
Got his start writing messages for fortune cookies.
Sage Sage is a premium rare plant card in Plants vs. Zombies Heroes and a member of the

He does not have any traits, and his ability draws a card if 6 or more sun has been made on the turn he is played. His closest zombie counterpart is Cell Phone Zombie.

His name and appearance are both puns on two meanings of "sage," a person who has attained the wisdom which a philosopher seeks, and a perennial, evergreen subshrub with medicinal and culinary uses.

is made. An alternative to Sage Sage would be Morning Glory, who is cheaper and has better stats and more universal synergy.

However, despite the cons, Sage Sage still has his uses due to the Solar class' lack of card draw, which is crucial if you want to use Dino-Roar cards, unless you are playing as Chompzilla who leads the Mega-Grow class with good card draw. If you want to use this, though, it is advised that you run a ramp deck to activate his ability sooner, or simply wait until you can spam him later in the game.

It is not recommended to play Sage Sage while Quickdraw Con Man is on the field, as you will take unblockable damage from drawing a card.

Because he is used for his ability and not his stats, Sage Sage should not be that much of a threat. Sage Sage's ability encourages your opponent to play him much later in the game, when plants with stats these low have nowhere to stand.

However, if Sage Sage is played in the early game, be careful since he can still take your zombies down. Use weaker zombies to destroy him, as he only has 1 health. Total Eclipse and Trapper Territory keeps your zombies safe from him, as your opponent will never play him there. You can also play Quickdraw Con Man to discourage your opponent from playing this plant. 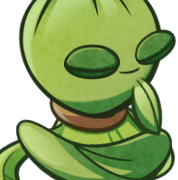 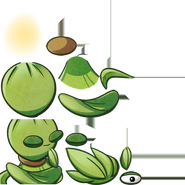 Sage Sage attacking from the player's point of view

Sage Sage attacking from the opponent's point of view 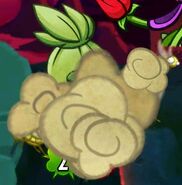 Sage Sage on the advertisement for the Wall-Knight Premium Pack

Nibble being played on Sage Sage

Sage Sage with the

The player receiving Sage Sage from a Premium Pack

The player receiving Sage Sage after losing a level

The player receiving Sage Sage from a Premium Pack