Not to be confused with Ruby Red.

After defeating a zombie, releases a special attack

After defeating a zombie, releases a special attack.

In a mysterious western town, Rotten Red is a sharpshooter cowboy, fighting all sorts of zombie bullies that invade his town, zombies tremble as soon as his name is mentioned. He almost became the town sheriff, but he turned it down, because he feels that sheriffs think that they're too good to go to the bar and drink.

Rotten Red (双枪石榴; pinyin: shuāng qiāng shíliu) was a plant in the Chinese version of Plants vs. Zombies 2. Originally from PopCap's Make-a-Wish video, he was first introduced in the 2.3.1 update alongside Banana Dancer. However, he was quickly removed in v2.3.2 due to copyright issues, as he was solely designed to be in said video and not in the game.

His ability was to fire a stronger projectile after killing a zombie. The projectile also knocked the zombie it hit back, similar to Primal Peashooter's projectiles.

He was officially coded in the game before being removed and replaced by Dual Pistol Pinecone.

He is based on the pomegranate, a fruit-bearing deciduous shrub or small tree.

His name, Rotten Red, may possibly be based on the Ruby Red pomegranate cultivar, with "Rotten" referring to his malicious expression.

The first half of his Chinese name references the fact that he attacks with both arm pistols, and his costume is a reference to his almanac entry.

He fired six homing pomegranate missiles at the closest zombie in the lawn. If they killed the zombie, they would then home to next zombie. 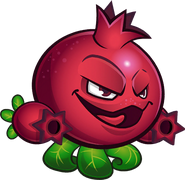 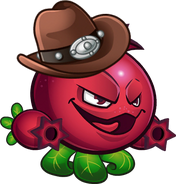 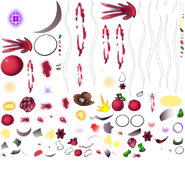 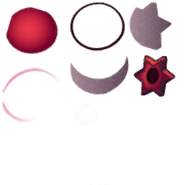 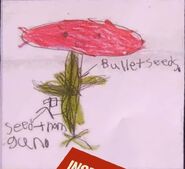 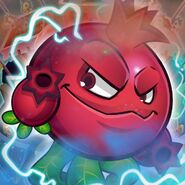 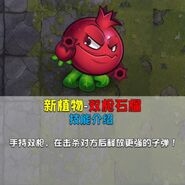 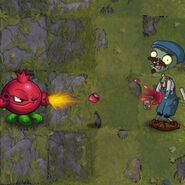 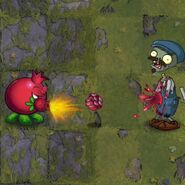 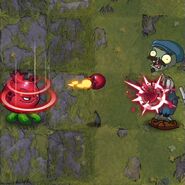 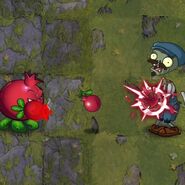 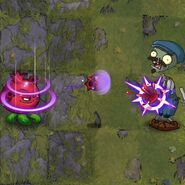 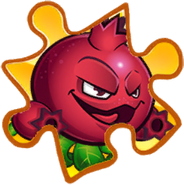 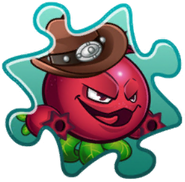 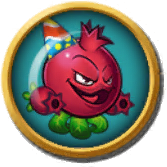 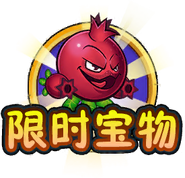 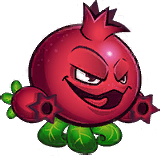 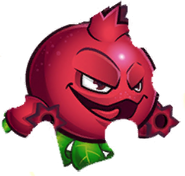 Puzzle Piece sprite
Add a photo to this gallery

Retrieved from "https://plantsvszombies.fandom.com/wiki/Rotten_Red?oldid=2351504"
Community content is available under CC-BY-SA unless otherwise noted.