(only while being thrown)

Penny's Pursuit - Rome Invades! - Level 2
Like all Zombie Imps, Roman Imp keeps turning up where you least want him.
Roman Imp is an Imp variant encountered in Penny's Pursuit. He is not much different from other Imps, aside from having slightly more health and also dropping nets (which prevent the plant from moving and using their special capabilities) on plants when he is thrown by Gladiator Gargantuar. He absorbs 270 damage per shot, which makes him tougher to deal with than other Imps.

Like all Zombie Imps, Roman Imp keeps turning up where you least want him.

Roman Imp is not that hard to defeat. However, the net is a problem. To avoid the net, you can dig up plants before the Imp reaches to the ground. Using Blover while he's airborne in the air will blow him away, along with the net. Shrinking Violet or Enforce-mint might be recommended. But otherwise, he's similar to the other Imps. 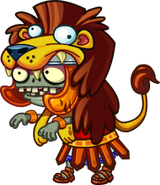 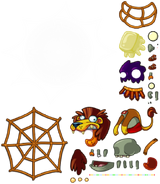 Roman Imp in an advertisement of Roman enter Arena 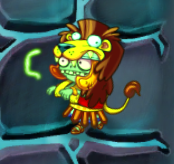 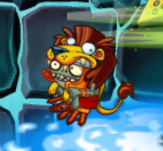 Roman Imp landed with the net disable a plant 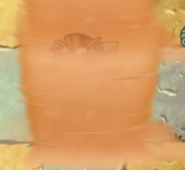 Roman Imp riding on a sandstorm