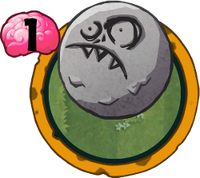 Destroy a Plant with 2

or less.
Gives new meaning to the phrase "rock n' roll".
Rolling Stone is a basic common zombie trick card in Plants vs. Zombies Heroes and a member of the

to play, and its ability instantly destroys a selected plant with 2

It is based on the boulder trap in Plants vs. Zombies 2.

Its name is a combination of the words "rolling," referring to its animation, and "stone," the real-life object it is based on. It could also be a potential reference to any of the following:

Its description makes a pun on its name.

This trick can be good for the start of the game if your opponent chooses to play a plant. However, you can also save this card for another opportunity. Use this to destroy any threatening or setup plant like Pea Pod, Sunflower, or Wall-Nut. Spineapple decks are also a good option, as Spineapple boosts all plants with 0 strength to 2, which makes Rolling Stone come in handy, being able to destroy any of the boosted plants. As Rustbolt, you can use his signature superpower, Shrink Ray, to weaken a plant that has 3 to 5 strength to 0 to 2, making them vulnerable to Rolling Stone. Similarly, you can use Landscaper, Pied Piper, or Nibble to decrease any plant's strength. If there are many plants with 0-2 strength, then play Weed Spray instead. Still, it would be wise to bring both in a hearty deck, as while Weed Spray is cost-efficient, Rolling Stone costs less and can take care of early-game threats.

Boost your plants' strength to at least 3 to keep them out of the range of Rolling Stone.

Smarty heroes have access to Go-Nuts (although they only work in a Team-Up deck), while

Guardian heroes have access to Three-Nut and Loco Coco.

Solar heroes lack all the aforementioned options, but they have natural access to many 3-strength plants. You can also play Black-Eyed Pea or Sportacus to deter your opponent from playing this trick, although if you are using the former, it is recommended to boost its strength first. 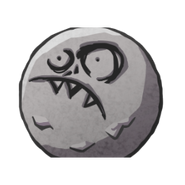 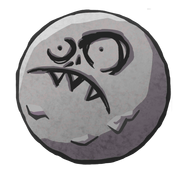 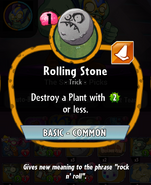