Destroy a Plant that has 4

or more.
Turns out, it IS rocket science.
Rocket Science is a premium super-rare zombie trick card in Plants vs. Zombies Heroes and a member of the

to play, and its ability instantly destroys a selected plant with 4

or more. Its plant counterpart is Shamrocket.

It is based on a rocket, a missile, spacecraft, aircraft, or other vehicle that obtains thrust from a rocket engine.

Its name and description are a play on the phrase and common idiom, "It's not rocket science," meaning that something is not as hard as rocket science, the primary field of aircraft and spacecraft more properly called aerospace engineering, which is generally considered to be very complicated.

Turns out, it IS rocket science.

Rocket Science has a simple ability to help you remove any high strength plant instantly, meaning its usefulness increases as you go later into the match, when the Plant Hero will usually play stronger plants that this trick can target. However, Rocket Science isn't very viable compared to other removal options thanks to its tendency to brick the user's deck. As useful as it could be, if your opponent doesn't have eligible plants for it to destroy, it will clog your hand and severely limit avaliable options. For these reasons, other options like Exploding Fruitcake, Cakesplosion, Zombot's Wrath or Extinction Event are generally more useful, as they don't have any restrictions to their abilities and in some cases, are also cheaper for the same task.

Brainy hero is very risky, as they can play Rocket Science to destroy one and put you in a bad situation. The only sure way to combat Rocket Science is to use

Untrickable cards like Umbrella Leaf (however, it is vulnerable to tricks and will be likely taken out quickly due to the ability hindering the zombie hero greatly) and Apotatosaurus.

If you don't have such cards, try to get the most out of a hard-hitting plant by making it do bonus attacks, use fighters with 3 strength or less, or get many high-strength plants out on the field and force the zombie hero into a dilemma with distribution. 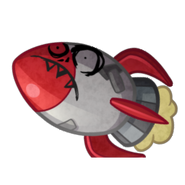 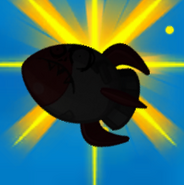 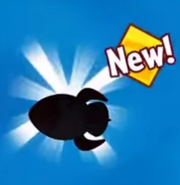 The player receiving Rocket Science from a Premium Pack

The player receiving Rocket Science from a Premium Pack before update 1.6.27

The player receiving Rocket Science from a Basic Pack before update 1.2.11

The player having the choice between Chimney Sweep or Rocket Science as the prize for completing a level before update 1.2.11