Rare
The Rock Pea's gruff and tough exterior may make him look like a tough guy, but really, he just wants a hug.
Rock Pea is the Rare armored variant of the Peashooter in Plants vs. Zombies: Garden Warfare 2. He was revealed on the Twitter page on December 3, 2015. His primary weapon is called Rock Shot, which has eight ammo, slightly higher splash damage, and a slower rate of fire. His trailer showcases the Boney Island map, as well as confirming the Peashooter's three original abilities to be returning. He was the only unlockable Peashooter variant in the beta.

"The Rock Pea's gruff and tough exterior may make him look like a tough guy, but really, he just wants a hug."

The Rock Pea's primary weapon is the Rock Shot. With the damage upgrade it deals 23-34 impact and critical damage depending on the distance. It also deals slightly higher splash damage than default Peashooter, but fires at a slower rate.

This is a great Peashooter for any player who enjoys heavy characters. His increased health, combined with good damage and Hyper, makes this plant very dangerous in the right hands. Remain mobile as you would with any Peashooter and use Hyper to jump around your opponents while bombarding them with shots. Do not hesitate to use the Pea Gatling if you find a good spot, as your increased health will make you harder to take down than other Peas. Always keep an eye on your health and remember that armored variants such as yourself aren't invincible. Learn when to run from a fight and find a healer. Try to focus on more close-ranged enemies as his weapon has steeper damage falloff than other peashooters. He is best played on defense as his higher health allows him to hold ground better. 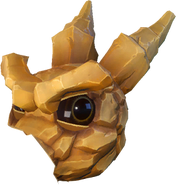 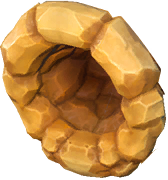 Rock Pea in the customization booth 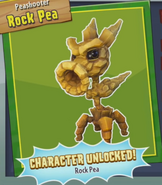