For other uses, see Repeater (disambiguation).

Fires two peas at a time

Repeater was a plant in Plants vs. Zombies Adventures. It is obtained after the player reclaims The Fitness Lot. It still shoots 2 peas per shot, but each pea deals 40 damage, making it able to do 80 damage per shot. It only requires 100 sun in this game, which is the same cost as Peashooter.

The 1st sentence of its Facebook description states his attack method, while the other is exactly the same as the last sentence in its Suburban Almanac entry in Plants vs. Zombies. 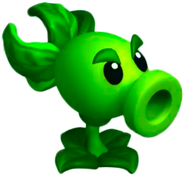 The player got the Repeater 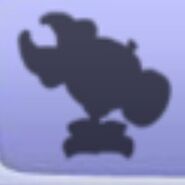 Repeater's silhouette
Add a photo to this gallery

Retrieved from "https://plantsvszombies.fandom.com/wiki/Repeater_(PvZA)?oldid=2208221"
Community content is available under CC-BY-SA unless otherwise noted.