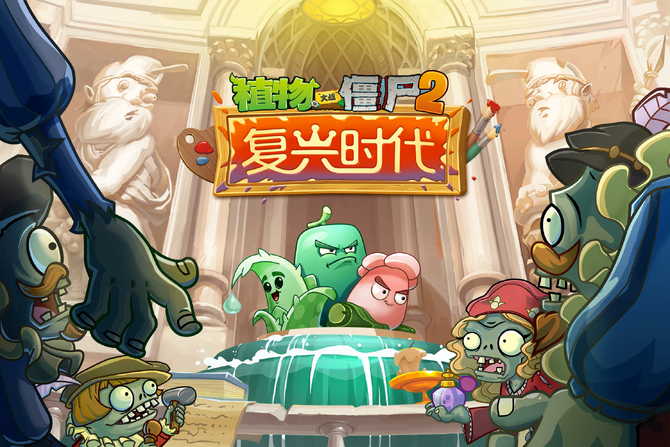 There are many gimmicks in this world;

This is during the period of Renaissance, art-savvy zombies are planning for an all-out attack, utilize the day-night cycle and contraptions to solve the puzzles, are you ready for it?

In this Brain Buster, the player is forced to used all the plants that are in the conveyor-belt to pass the level.

In this Brain Buster, the player is forced to survive the wave of zombies and protect the endangered Aloes. Otherwise, they will fail the level.

Locked and Loaded restricts the player to plants that are given within the level. They are only required to use the plants given to them in order to win the battle. Even though certain plants are locked, they have the ability to use that plant.

Last Stand makes a return once again. Just like its previous game, the player can start the onslaught and survive five consecutive waves. However, in this game, the player has to survive one flag only with extreme numbers of Zombies storming the Player's lawn. The player is provided with great amount of sun and Plant Food as there are no zombies that will carry a Plant Food in order to aid the player from winning. Sun producing plants and free plants are usually not allowed in this Brain Buster.

An empty lawn during the day

An empty lawn during the night 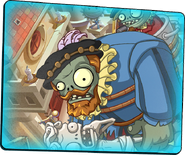 The background for Travel Log quests in Renaissance Age 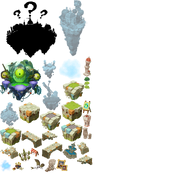