Impfinity has, without a doubt, the best synergy with this card, since it is a pirate. Swashbuckler Zombie can boost Quickdraw Con Man every turn (note that the damage dealt by its ability is unchanged, though), and Captain Flameface can give Quickdraw Con Man a guaranteed hit on the plant hero with

Quickdraw Con Man's statistics after being made by Zombot Plank Walker

Quickdraw Con Man's statistics after being Transformed by The Great Zucchini 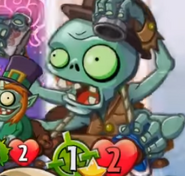 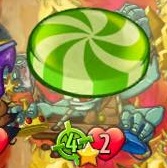 Escape through Time being used on Quickdraw Con Man 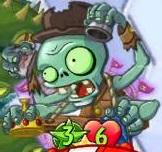 Quickdraw Con Man destroyed
Add a photo to this gallery

Retrieved from "https://plantsvszombies.fandom.com/wiki/Quickdraw_Con_Man?oldid=1979160"
Community content is available under CC-BY-SA unless otherwise noted.