Misses will subtract the player an amount of points

Out of 1000 points, using Squashes will subtract the player an amount of points
Level 1-9-4 was the fourth Advanced level of Qin Shi Huang Mausoleum in Plants vs. Zombies Online. It was a "Zombie Statues" level, in which the player would play a Terracotta Statues level and get their points subtracted if Squashes were used or when they missed a zombie. The player would have been ranked with other online players by points and the 1st, 2nd and 3rd ranked players would get huge prizes.

Playing the level
Add a photo to this gallery 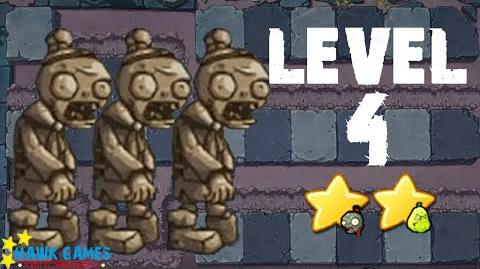