Qin Shi Huang Mausoleum - Level 1-1 was the first main level of Qin Shi Huang Mausoleum in Plants vs. Zombies Online. This was a quick tutorial level to show the player how to play the game. There were no pathways in this level, and there were pre-placed plants. Sergeant Zombie's conehead variant, Bowl Sergeant, were introduced in this level. When this level was finished for the first time, the player got 50 EXP, and a money bag.

(Crazy Dave appears)
Crazy Dave: Emperor Qin Shi Huang's phantom really makes people so scared that they sweat! However, because of the taco I must work hard, as an effort to combat him!
Crazy Dave: Looks like some strange zombies are getting closer! Quick! Quickly defeat them!
(Crazy Dave leaves)

(After completing the level)
(Crazy Dave appears)
Crazy Dave: You are already skilled in grasping many of the plants and zombies' information, so quickly explore the new levels!
(Crazy Dave leaves)

By Phantom Of Ra

By Phantom Of Ra

Final flag by Phantom Of Ra

Finished by Phantom Of Ra
Add a photo to this gallery 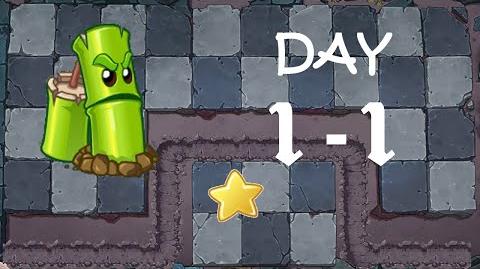 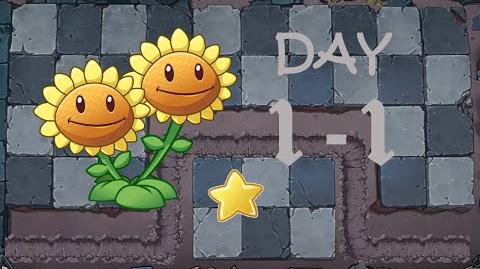 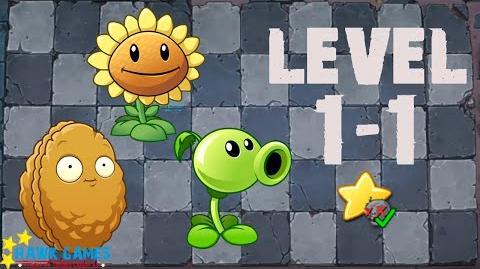