Zombie Evolution: Destroy a Plant.
He's wheely cheesy.
Primordial Cheese Shover is a colossal rare zombie card in Plants vs. Zombies Heroes and a member of the

. He does not have any traits, and his Zombie Evolution ability instantly destroys a selected plant. His closest plant counterpart is Cob Cannon.

He is based on Jurassic Zombie in Plants vs. Zombies 2. However, in this game, he has a large bushy monobrow.

His name is a combination of "primordial," referring to its appearance, "cheese," the object he is holding, and "shover," a reference to his attacking animation.

His description is a pun on the sentence "He's really cheesy," referring to his cheese wheel.

Primordial Cheese Shover is a slightly below average zombie for his cost, at 4

. Offensively, he is completely average and by himself can be used as a typical powered zombie for his cost.

The main strength of this zombie, however, is his ability. When Evolved on any zombie, he can destroy any plant of your choice and leave himself on the field, which is useful if your opponent has dangerous, untrickable plants such as Apotatosaurus. Overall, treat him like a zombie version of Locust Swarm without meaningful tribe synergies, yet usable in the Zombies Play phase.

If you are Immorticia, you can teleport him on a weaker zombie in the Zombie Tricks phase via Teleport or Teleportation Zombie, basically having a Locust Swarm played and leaving a 4

zombie on the field. By then the opponent would not be able to react against this sudden alteration and will receive a heavy hit in their formation with the plant removed.

Statwise, he is a bit of a glass cannon. Without his ability, he is not very threatening. It is when he is Evolved when he becomes a bigger threat, as he can destroy a plant vital to your strategy. However, there are a few ways around this. You can Bounce all the zombie hero's weaker zombies to force them to sacrifice a stronger zombie to use his ability, or you can make all your plants equally dangerous, forcing them to decide which needs to be destroyed. Bouncing isn't the best option, however, as he can be evolved on any zombie - Even a Swabbie for Brain Freeze can rob you of one important plant. Instead, focus on mitigating his potential impact by either distributing your threats or somehow discouraging your opponent from playing him anyway.

As for the zombie himself, cards like Bonk Choy and Berry Blast can deal with him easily, or Shamrocket if you do not have any small removal. 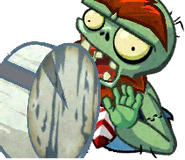 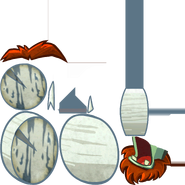 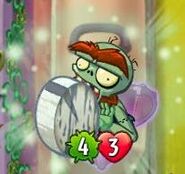 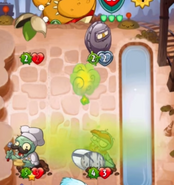