Power Tile is an environment modifier found in Far Future. They can be recognized by five different symbols: □ (red), △ (yellow), X (green), ＋ (cyan), and ◯ (which is purple, but can only be obtained via the Tile Turnip). If multiple plants are planted on two or more Power Tiles of the same symbol, the Power Tiles will spread the Plant Food to the other plants that are on the other tiles of the same color when the player feeds them, feeding them as well, without having to spend extra Plant Food. They can only be destroyed by the missiles fired by the Zombot Tomorrow-tron. In Days 8, 16 and 25 of Far Future, red and green Power Tile seed packets can appear on the conveyor-belt. They are also present in Modern Day - Day 10, Day 24, and Day 33 if the player gets the Far Future battle. However, for Modern Day - Day 33, the light green and cyan power tile seed packets are delivered via the conveyor-belt. Outside of Far Future and Modern Day, they are somehow present in Steam Ages, specifically in Day 10. In that level, it reuses the same power tiles used in Day 10 of Modern Day (including the layout).

In Plants vs. Zombies Online, Power Tiles return to Far Future with the same function, but with a different appearance. 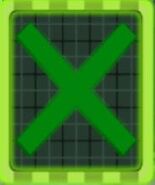 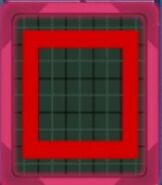 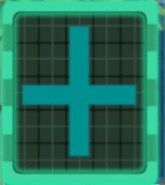 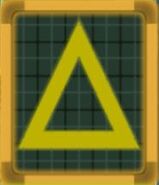 Crazy Dave and Penny introduce the player to Power Tile

A Piñata Party with a tombstone on a red Power Tile 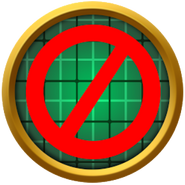 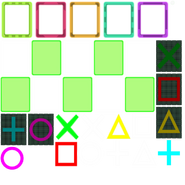 Plants vs. Zombies Online (China only)